In an unexpected statement issued by the United States Attorney’s Office for the Southern District of New York, it would appear that the US Department of Justice (DoJ) may directly compensate players who were (allegedly) robbed by Full Tilt Poker. 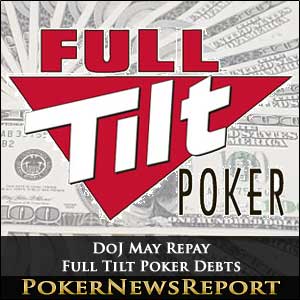 In an unexpected statement issued by the United States Attorney’s Office for the Southern District of New York, it would appear that the US Department of Justice (DoJ) may directly compensate players who were (allegedly) robbed by Full Tilt Poker.

The news came completely independently of the AGCC´s decision to revoke Full Tilt Poker´s operating licence and gives new hope to players who have been (allegedly) defrauded of more than $300 million.

Based on the Department of Justice allegations against Full Tilt Poker, players who lost money on the online poker site could be considered to be victims of crime subject to a successful conclusion of the DoJ civil and criminal actions against the company and its directors. In addition to the $331 million that the DoJ has already seized from the company, four directors of Full Tilt Poker have also had orders made against their personal assets.

Players from Outside USA Benefit Too

The “Victims and Witness Service” established by the Department of Justice under the Justice for All Act (2004) is not only for the benefit of American residents. Any player who has been unable to withdraw money from the Full Tilt Poker web site can contact the Victim/Witness Coordinator at the US Attorney´s office and advise them that they have been the victim of a crime. Once players tell the DoJ coordinator that they are seeking “restitution of lost funds” in the cases United States v. Full Tilt, et al., 11 C 2564 and United States v. Scheinberg, et al., 10 CR 336, they will be kept up to date with the progress of the cases – and their claim against them – as the hearings progress.

It might take a number of years until players receive a refund of their bankrolls in full, but it is better than any of the promises issued by Full Tilt Poker since June.

After the amended complaint in United States v. Pokerstars et al., 11 Civ. 2564 (LBS), was filed on September 22, 2011, the United States Attorney’s Office for the Southern District of New York received a number of new inquiries from individuals regarding the recovery of their funds from Full Tilt Poker.

By way of background, in April of 2011, this Office entered into a domain-name use agreement with Full Tilt Poker. That agreement, among other things, expressly authorized Full Tilt Poker to return player funds to players. However, as the September 22 amended complaint alleges, Full Tilt Poker did not in fact have player funds on hand to return to players. Instead, the amended complaint alleges that Full Tilt Poker had, among other things, (a) transferred significant amounts of players’ real money deposits to principals of the company, while (b) allowing many players to continue to gamble, and “win” and “lose,” with phantom credits in their player accounts.

At this time, this Office, together with the FBI and other agencies, is attempting to trace, secure and forfeit as much as possible of the funds derived from operation of the fraud committed by Full Tilt Poker and its board members that is alleged in the amended complaint. The Office is also attempting to obtain and examine the books and records of Full Tilt Poker. Many of those books and records are kept overseas. The return of forfeited funds to victims of the alleged fraud may be possible, but will depend on several factors, including the successful conclusion of the litigation, the amount of funds seized and ordered forfeited by the court, and compliance with other procedures the Department of Justice may eventually establish regarding return of forfeited funds to victims who lost money as a result of the alleged fraudulent conduct.

We cannot predict the duration of proceedings in this case, other than to state that they will last for many months at the least. We will apprise victims of the alleged fraud of future developments as appropriate.  General information regarding what is known as “remission” (i.e., return to victims) of funds that have been seized and forfeited is set forth in Department of Justice regulations found at 28 C.F.R. Part 9.