Boylesports – largest independent bookmaker in Ireland – has expressed an interest in taking over the Ladbrokes operation currently under court protection. 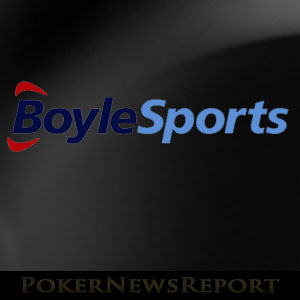 At the end of April, Ladbrokes Ireland sought court protection from its creditors after losing more than €5 million in 2014. The move to safeguard the business led to the High Court in Ireland appointing an examiner to oversee a restructuring plan.

The court protection provided by the High Court in Ireland means that Ladbrokes´ creditors cannot pursue the debts owed to them for three months – giving Ladbrokes the opportunity to close loss-making shops and re-allocate staff or make them redundant.

How Did Ladbrokes Ireland Get in Such a Mess?

While regrettable, the action taken today by the directors of the Irish companies is absolutely necessary to safeguard the Irish business which in its current state is not sustainable and cannot be supported by the Ladbrokes board without radical change, having lost its competitive edge.

In addition to being unsustainable, the company has run up a mountain of debt – predominantly with its shops´ leaseholders. Ladbrokes Ireland has offered compensation to the leaseholders of the shops it intends to close, but the offers of compensation have been described as derisory – one leaseholder commenting that he had been offered €6,000 in return for allowing Ladbrokes to surrender a lease worth €275,000 over the next five years.

Boylesports to the Rescue!

What Boylesports have in mind for Ladbrokes Ireland is not necessary a rescue, but a sort of semi-rescue. The major Irish bookmaker has previously saved jobs at Celtic Bookmakers and William Hill when taking over the Irish operations of the two companies in 2011, and has been in talks with the examiner about buying Ladbrokes Ireland.

Although the company says that there will still have to be some shop closures and staff redundancies (if they do take over Ladbrokes Ireland), Boylesports are suggesting that the devastation will not be as bad as is being proposed by the present incumbents – particularly in the compensation that will be offered to Ladbrokes´ creditors.

In order to be able to buy Ladbrokes Ireland, Boylesports will not only have to convince the examiner that the terms of its proposal are better than Ladbrokes, but it will also have to receive an approval from the Irish Commission for Competition and Consumer Protection. The Commission may insist that Boylesports dispose of some of its existing shops before the takeover is allowed.

What´s All This Got to do With Poker?

Boylepoker is one of the most instantly recognisable brands in Ireland, having sponsored the International Poker Open (IPO) from 2008 until it was taken over earlier this year by Full Tilt. During Boylepoker´s tenure of the IPO, the event broke the record for the best attended live poker event outside of Las Vegas and expanded the IPO “tour” to include venues throughout the UK.

Although Boylepoker´s glory days are unlikely to return with the acquisition of Ladbrokes Ireland (the site is a skin on the iPoker network), a greater presence throughout Ireland will give Boylepoker the opportunity to become more competitive against its major rival in the Irish online poker market – Paddy Power Poker.

Both sites offer exclusive benefits to online poker players in Ireland and, if a turf battle develops, it could be extremely beneficial to players who are able to take advantage of enhanced bonuses and ever-improving promotions. It could be a good time to think about moving to Ireland to play online poker!