Zynga took a step from “social” online gaming giant to real-money online poker and casino play by launching ZyngaPlusPoker and ZyngaPlusCasino in the UK. 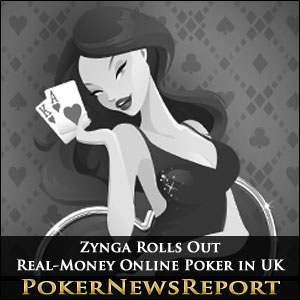 Zynga took a step from “social” online gaming giant to real-money online poker and casino play by launching ZyngaPlusPoker and ZyngaPlusCasino in the UK.

Available on the bwin.party platform per a partnership agreement brokered last October, punters in the UK over the age of 18 can play on a downloadable client or a web version. Logging on via Facebook and using mobile devices is expected to be rolled out later this year.

Cash games and tournaments in a variety of games and stake levels are available at ZyngaPlusPoker, while ZyngaPlusCasino is offering roulette, slots, blackjack, video poker and baccarat.

Zynga Chief Revenue Officer Barry Cottle stated on a company blog that Zynga’s long-term goals are to offer players a multitude of real-money games on several platforms in regulated markets throughout the world. He added that Zynga is proud to be aligned with a reputable and outstanding company such as bwin.party.

Many online poker players are salivating at the thought of inexperienced social online poker players making the transition to real-money play. There is no estimate on how many players will actually convert, but a number of real-money welcome package promotions are expected to entice some players. Even if a small fraction of the millions who play socially eventually jump into the real-money pool, it could create a poker boom reminiscent of 2003 when Chris Moneymaker won the WSOP Main Event after qualifying via an online satellite.

Zynga is also interested in participating in the U.S. online gaming market and is expected to do so when the regulated market has launched and become established. Thus far, Nevada, New Jersey and Delaware have enacted forms of online gambling legislation, with sites expected to be up and running in at least two of those states sometime this year.