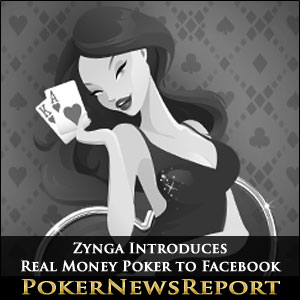 Making use of PartyPoker’s network, Zynga Poker Plus is the first of its kind on Facebook, and could potentially pave the way for other online gaming providers to release wagering poker apps of their own.

The app is the manifestation of Zynga’s 2012 deal with Facebook that required the struggling company to offer all of its real-money ventures to UK-based Facebook customers. At the time, Zynga was suffering from the backlash of its horrific Q2 2012 earnings report. During the earnings call, it announced that it was developing a real-money gaming platform. This was confirmed in 2013, when it entered the pre-application process to become an online poker provider in Nevada. It would ultimately pull out of the US-market in September.

As for the app itself, Zynga first launched it back in April 2013 via a downloadable client. It would prove a massive disappointment, barely making any noticeable difference in PartyPoker’s online poker traffic.

Apparently social gamers have little interest in playing for real-money, at least not on Zynga Plus Poker (ZPP).

Zynga and bwin.party, PartyPoker’s parent company, are hoping that ZPP performs better now that players can access the app directly through Facebook.  Although this time around, expectations aren’t quite as high as they were last spring.

The app was first displayed at the World Gaming Executive Summit back in July, where hundreds of gaming industry delegates gathered to discuss a myriad of relevant topics, with a focus on regulation.

Although Zynga Plus Poker is the first real-money poker app to be featured on Facebook, it’s by no means the first real money app. That distinguished honor belongs to “Bingo and Slots Friendzy,” which added a wagering aspect to its free-to-play brand last August.

Zynga Plus Poker will offer most of what players have come to expect, including cash games, tournaments and shared liquidity with the PartyGaming network. Its casino equivalent, the aptly titled Zynga Plus Casino, will boast most traditional casino games including Blackjack and Roulette, and of course Farmville slots.

Welcome promotions include extra cash on deposits and other cash bonuses.