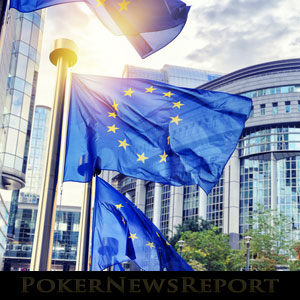 Temmink was speaking at a special “World Regulatory Briefing” at last week´s International Casino Conference in London when he announced that the European Commission had abandoned proposals to establish a European-wide framework for Internet gambling.

He said that the Commission accepted that blanket European Internet gambling regulation was largely opposed by member states, but it remained important that member states ensured a non-discriminatory system of issuing permits.

Temmink – who is Chairman of EU’s Expert Group on Gambling Services – commented that, if pan-European Internet gambling regulation was ever put on the agenda, we would have 26 out of 28 member states that would be fiercely opposed to the proposal.

Temmink´s comments appear to be a U-turn from proposals put forward by former Internal Market and Services Commissioner Michel Barnier in 2011. Barnier proposed an EU-wide regulatory framework to protect consumers, prevent fraud, and maintain the integrity of online sports betting.

Barnier’s opinion at the time was that the prevailing regulatory, societal and issues in the EU [could not be] tackled adequately by member states individually. Although Barnier stopped short of proposing an EU-controlled regulatory body, his proposals would have created a single regulatory landscape.

His proposals were hijacked when France, Spain and Italy created their own ring-fenced markets soon after. However Barnier left his role in 2014 and, despite the actions of the three countries being in conflict with the EU´s free trade ideals, Barnier´s successor – Gunther Oettinger – resigned himself to allowing individual member states decide on their own Internet gambling regulation.

A Difficult Time for Online Poker in Europe

Temmink´s comments come at a difficult time for European online poker. In the past few months Portuguese players have been asked to boycott the country´s ring-fenced market and the French government has rejected proposals to share liquidity with other regulated jurisdictions.

A legal challenge to the UK´s Point of Consumption Tax by the Gibraltar Betting and Gambling Association is still being reviewed by the European Commission, and the situation in Germany remains as “chaotic and complex” as ever.

Accusations of Italian poker sites being run by the Mafia and alleged corruption in Bulgaria do not help matters, plus nobody quite knows for sure what is going in countries such as Latvia, Hungary and Macedonia – all EU member states that Party Poker will be returning to, having withdrawn from them in 2013.

No wonder the EU does not want to get involved!