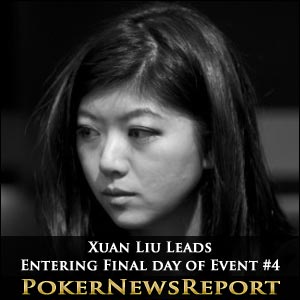 The money bubble burst just ahead of the dinner break, Vegas-based Jamie Kaplan the unfortunate player to miss out in 65th place when his sixes lost out to Russian Vladimir Shchmelev’s aces. That meant Moscow’s Andrey Pateychuk crept into the money in 63rd for $2,754 after holding just 1,600 as the bubble approached for his second WSOP career cash.