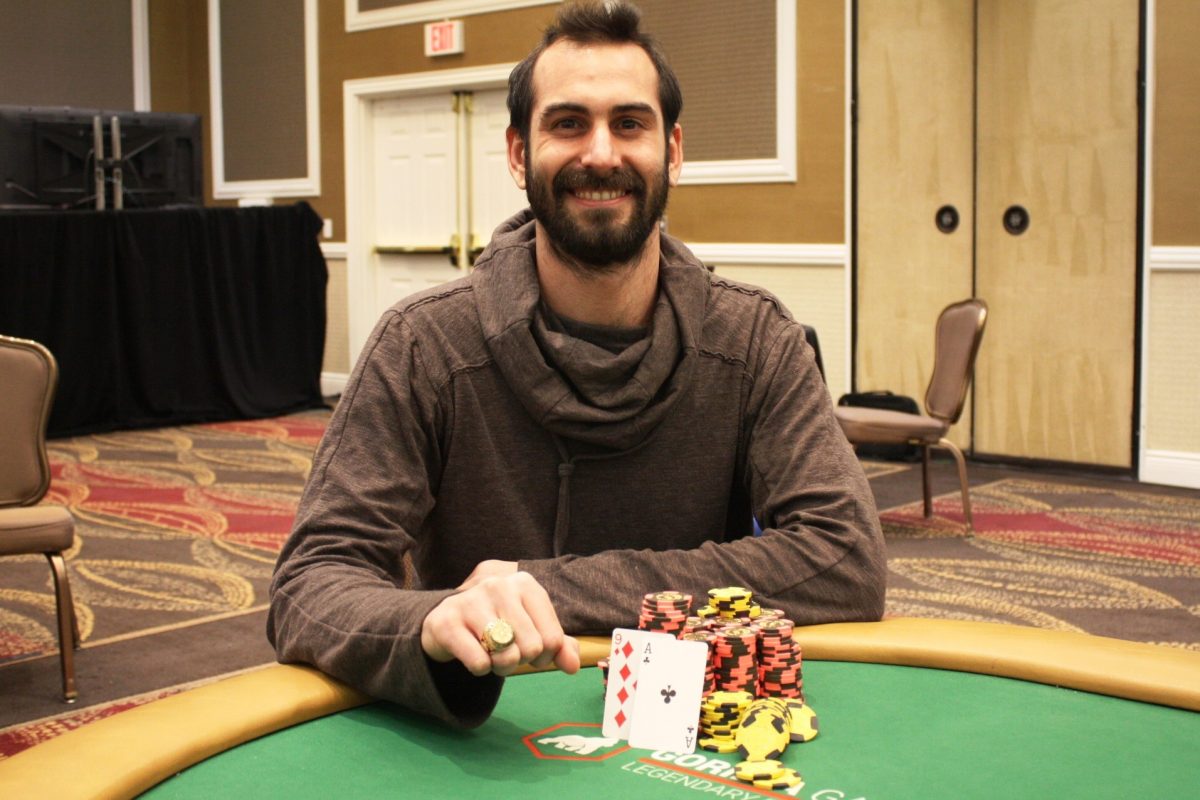 The 2019-20 World Series of Poker Circuit season stopped at Harrah’s Las Vegas recently, where poker players had an opportunity to compete in various events. The last stop for 2019 was dominated by Anthony Spinella, who managed to win the Main Event and earn a total of $192,199 as his prize.

The event required a $1,700 buy-in and recorded 665 entries. Apart from the money, Spinella also won a seat for the 2020 Global Casino Championship.

Spinella is not new to the world of poker, as he already managed to record a total of 50 cashes in WSOP events. His total earnings have now surpassed $1 million. Moreover, Spinella also managed to win a WSOP ring and a bracelet before in online WSOP tournaments.

The winner was asked about his preferences when it comes to playing poker, and he stated that both online and live tournaments had their advantages.

He added that online tournaments were nice because he had an opportunity to be near his son. On the other hand, he also stated that it was nice to get out of the house and travel to a live tournament every once in a while.

The player from Playa del Carmen, Mexico, was pretty excited about his victory, stating that his son will get a new dinosaur.

The Main Event Day 3 saw a total of 13 players returning to the tables. All of them made it to the money list, and the lowest prize at that point was $11,509. In other words, all players who made it to the last day profited from their investment in the Main Event.

The first player to hit the rail was Matt Affleck, and players who followed were James Hundt and Rene Lazaro. After a while, a total of nine players formed the final table and started testing each other’s skills and luck.

The last player to be eliminated before the final table was created was Stan Jablonski. After almost a whole level of play, the first player from the final table to hit the rail was Benjamin Craig from Vernon Hills, Ill., who won a total of $17,738.

The next player on the list was Stephen Graner. He was lucky to double up his stack twice and believed that the third time was a charm. However, his third double-up was not successful, and he lost all his chips, winning $22,442 along the way.

Kfir Nahum hit the rail in seventh place, as his hand was not strong enough against the pair of aces that Spinella had. The player from Sunnyvale, Calif., won a total of $28,746. At this point, Spinella really started playing well and eliminating players one by one.

The only non-US player apart from Spinella was Raul Martinez, who currently lives in London. Martinez ended up fourth and won a total of $64,983.

The last player to hit the rail before heads-up play was Jimmy Lee from Edmonton. Lee won $87,339 and paved the way for Nipun Java and Spinella to face each other in heads-up play.

Spinella had a significant chip advantage at that point, with 16 million in chips against Java’s 3.5 million. The battle didn’t even last one entire level, as Java lost all his chips along the way and won $118,764.