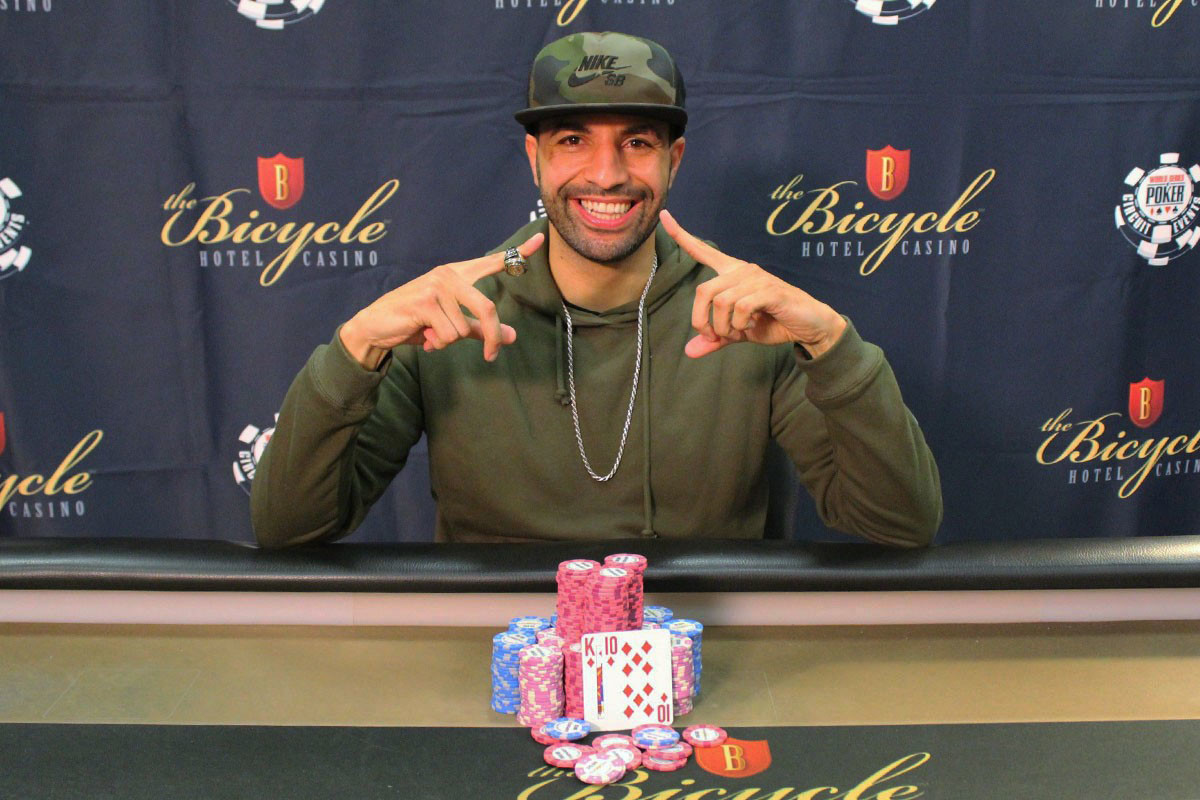 There are some people in this world who are born to win, and one of them is definitely Said El Harrak, who managed to win the World Series of Poker Circuit Bicycle Casino Main Event and earn a total of $147,435. Now, what makes this victory special is that El Harrak is not known from the poker world, but rather from the world of boxing.

Namely, he was a former professional boxer who was nicknamed, “The Messenger,” and who had a total of 18 bouts, with 12 won (seven KOs), four lost, and two draws. The super welterweight boxer was active from 2008 to 2015 but eventually decided to retire from boxing and pursue some other things in life.

The UK-born US resident of Moroccan descent has been actively playing poker for some time now, and it seems that he has invested a lot of energy that finally paid off.

The $1,700 Main Event took place at the legendary Bicycle Casino, which is located in Bell Gardens, Calif. A total of 487 entries were recorded, creating a prize pool of $737,805, with the biggest slice being awarded to El Harrak.

The winner was eager to share his thoughts after winning the tournament. He stated that he had gone into boxing during his high school years and had become a professional boxer.

However, he added that he retired officially in 2016 and decided to use the last paycheck he had won in boxing and invest it in poker, which was his second biggest passion in life.

El Harrak was also eager to discuss similarities between boxing and poker. He stated that boxing had always been about “reading your opponent.” He added that poker is much like that and that he liked the idea of being able to pick up on tells and deduct betting patterns from his opponents.

Once you think of it, poker and boxing do have some similarities, except that poker doesn’t really hurt — at least not on the physical level.

El Harrak had a pretty good run overall, and even the final table started off well for him, as he entered the last part of the competition as the chip leader. Needless to say, he did all he could to remain the leader until the end and land the biggest score in his poker career.

This could be a great push for the retired boxer to continue pursuing his poker career and win even more tournament money.

The final table consisted of nine players in total, and all of them are officially residents of the US. The first one to hit the rail was Ping Liu, who won $13,515. He was soon followed by Fadi Hamad, who ended up eighth and won a total of $17,045.

Finally, the last player to hit the rail before heads-up play was Jermey Kottler, who managed to win $66,665. The two remaining players were Ronnie Tate and El Harrak.

The former boxer did not allow Tate to take the initiative and managed to win the tournament in the end. Tate had to settle for second place and the consolation prize of $91,100. This led to the end of another great tournament at the Bicycle, as the WSOPC moves on to its next stop.