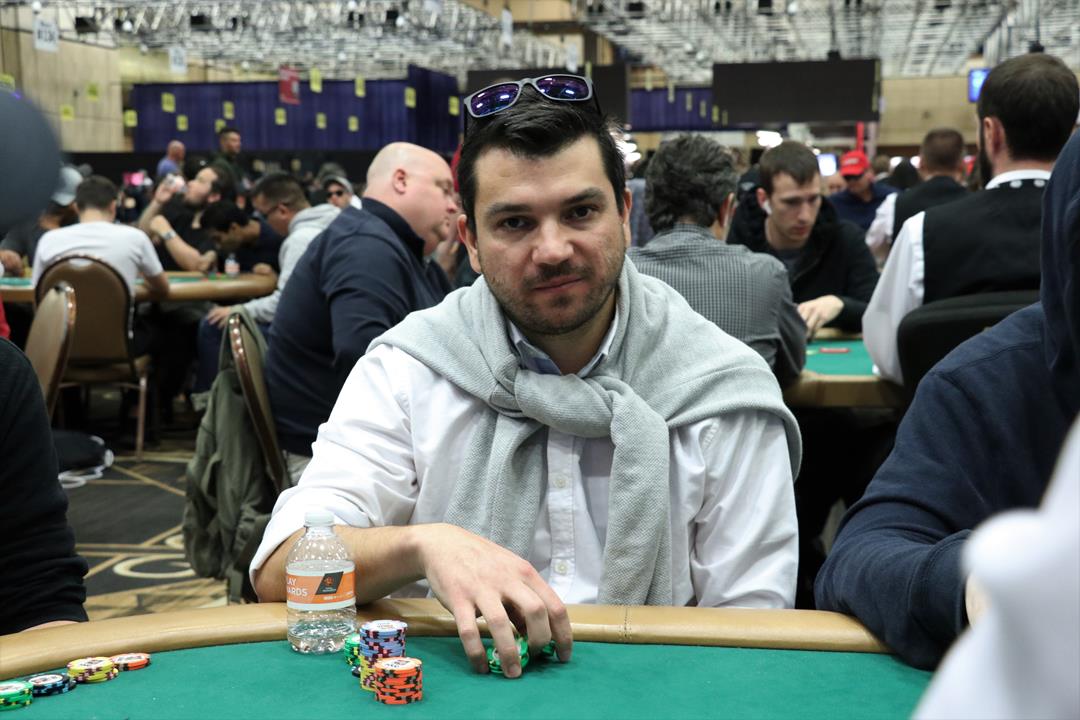 Another great World Series of Poker Online event has wrapped up and saw Dmytro “Too Bad” Bystrovzorov winning the main prize of $227,906. After almost 15 hours of great poker action, he managed to top the leaderboard and win his first WSOP gold bracelet. However, the money and the bracelet were not the only things the Ukrainian player received. He also won a WSOP Europe Package, meaning he will be able to take part in the European version of the WSOP when the time comes.

Bystrovzorov’s final opponent was Florian “Gaug1nho” Gaugusch, who is a member of the Poker code Grindhouse group lead and mentored by Fedor Holz and Matthias Eibinger. What’s more important is that the player from Ukraine managed to beat the field consisting of 2,911 entries that created the prize pool of $1,659,270.

Event #65: $600 NLHE Deepstack is the first WSOP event that Bystrovzorov won. In fact, it also marked his first live cash in the series. His live resume isn’t very impressive, but his poker prowess is definitely undeniable. On the other hand, his heads-up opponent, Gaugusch, has managed to cash out three times during the 2020 WSOP Online.

The final table of this event was actually filled with some of the players who already made a name for themselves in the world of poker. Some of them are Christopher “RambaZamba” Putz, Giovani “Mandjocka” Torre, and Ivan “00COEL” Banic.

Many great poker players also took part in this event but failed to make it to the final table. Some of them who still made it to the money list are Chris Moorman, Dario Sammartino, Ali Imsirovic, Anson Tsang, Benny Glaser, Tom Middleton, Dante Goya, Bertrand Grospellier, and Felipe Ramos.

It would be a lie to say that Bystrovzorov started his final table as a chip leader. He was somewhere in the middle at best and was definitely not one of the favorites to win this event.

On the other hand, Banic and Putz were doing pretty good, being at the top at the moment the final table started. Yet, Giovani Torre was short-stacked, and that immediately took its toll, as he was the first player to hit the rail as the ninth-placed player, winnings a total of $17,136.

After that, Gaugusch woke up and made sure that Ivan Constantin is out of the game. The Romanian player managed to win a total of $23,833 for his effort.

The next player in line to leave the final table was Wojciech Barzanzny, who lost a hand to Stanley Topol and won a total of $33,147.

Putz continued to dominate the final table as he managed to send two players to the rail in less than 20 minutes. Those two players were Banic and Topol, respectively. The Croatian player managed to win $46,101 as sixth-placed, whereas Topol received $64,117.

But then it was time for Putz to wave goodbye to the last three players. Despite doing pretty well, and scoring a lot of eliminations, Putz failed to make it to the three-handed play and left the game with $89,174 in his pocket.

The last player to hit the rail before the heads-up was Matthew Train from South Africa, who won $124,024 for his effort.

Bystrovzorov started the heads-up action with 60% of the chip count and managed to increase the gap steadily, which eventually resulted in him winning this prestigious event and scoring the first WSOP cash this year. Moreover, he won his first-ever gold bracelet.