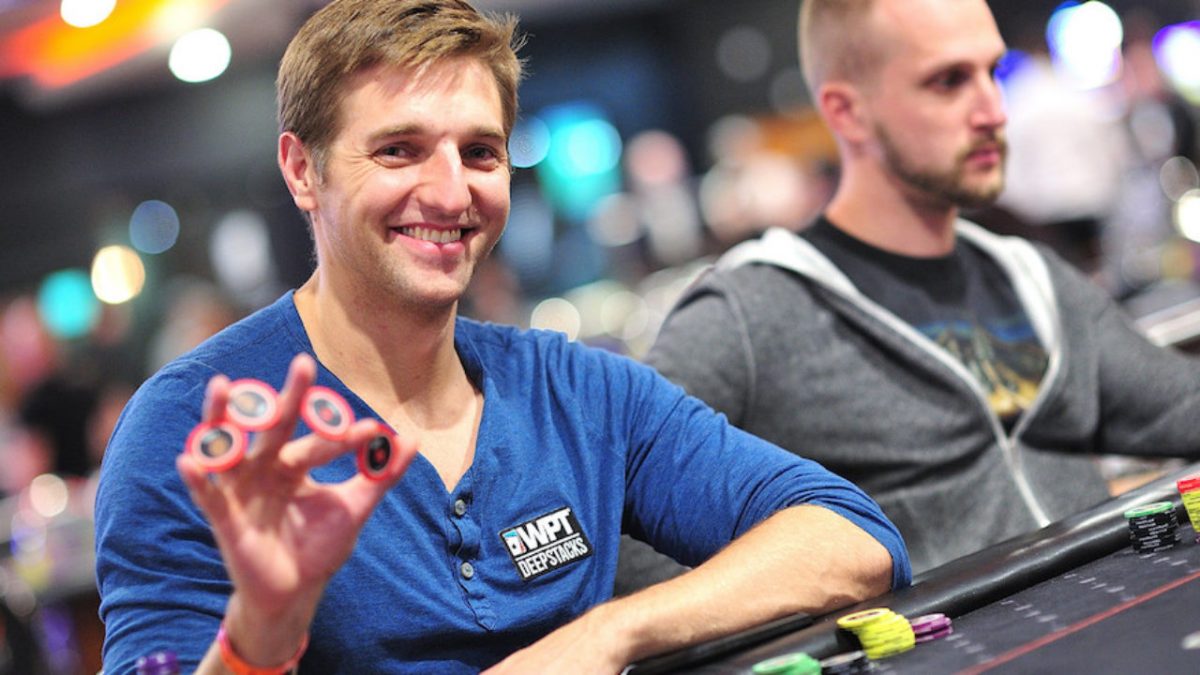 The 21st event of the 2020 World Series of Poker Online wrapped up on Tuesday night. It was a $777 no-limit hold ’em six-handed event that attracted a total of 849 unique players. Since rebuys were allowed, there were 512 of them, resulting in the field of 1,361 entries that generated the prize pool of $952,700.

The event lasted for 11 hours, and it was Tony Dunst that managed to win the top prize of $168,342. Apart from the money, Dunst won a gold bracelet — his second such trophy.

However, he had to settle for second place and the consolation prize of $374,886. Finally, the World Poker Tour commentator also took part in several Circuit events, and he even managed to finish second in the World Series of Poker Circuit Thunder Valley $3,250 High Roller, where he won $30,305.

Dunst is a popular and active poker player who managed to amass more than $3.8 million in live poker earnings during his career. His biggest score was in the 2016 Aussie Millions Main Event when he ended up second and won a total of $700,069.

Dunst is closely associated with World Poker Tour, where he even managed to win the WPT Champions Cup in 2013. He also won WPT St. Maartens $3,500 Main Event, where he earned a total of $145,000.

Finally, Dunst has been pretty active in 2020 Online WSOP, as this victory marked his fifth cash since the start of the tournament. The second biggest cash was recorded in Event #1: $500 NLH Kickoff, where he won $57,881. Let’s see what happened in Event #21.

A total of 207 players were included on the money list, and Mark Bansemer was the unlucky one to burst the bubble. Some of the players who cashed in but fell short of the final table were Jamie Kerstetter, Landon Tice, Phil Hellmuth, Ryan Laplante, Jason Sommerville, Ryan Riess, Vanessa Kade, Ari Engel, Daniel Negreanu, Katie Stone, and Randy Ohel. As you can see, more poker legends are actively taking part in the online version of the WSOP.

The final table consisted of six players, and the first one to hit the rail Jon “havuuuuuc” Turner, who earned $26,199. Turner stumbled upon Dunst’s king-jack with an ace-nine.

Therefore, Dunst immediately showed that he was pretty serious about winning the gold bracelet. He was already a big chip leader at the start of the final table.

Krista “Pollux” Gifford was the next person to fall victim to Dunst’s run. Her king-ten faced Dunst’s pocket kings, so she had to hit the rail with $36,203 in her pocket.

During the four-handed play, Dunst already managed to have more than 13 million chips, while the rest of the players in the final table all had less than 3 million each. James Pace and Charles Phillips then clashed, and Pace flopped a pair of aces, making Phillps hit the rail for $50,779.

The last player to lose all chips was Alec “Tango_Bravo” Parslow, who ended up with $72,215 in his pocket.

Dunst had a 2:1 chip lead at the start of the heads-up play, but he couldn’t win easily, as Pace turned out to be a tough opponent. Nevertheless, Pace lost in the end and had to settle for the second place for $103,940.