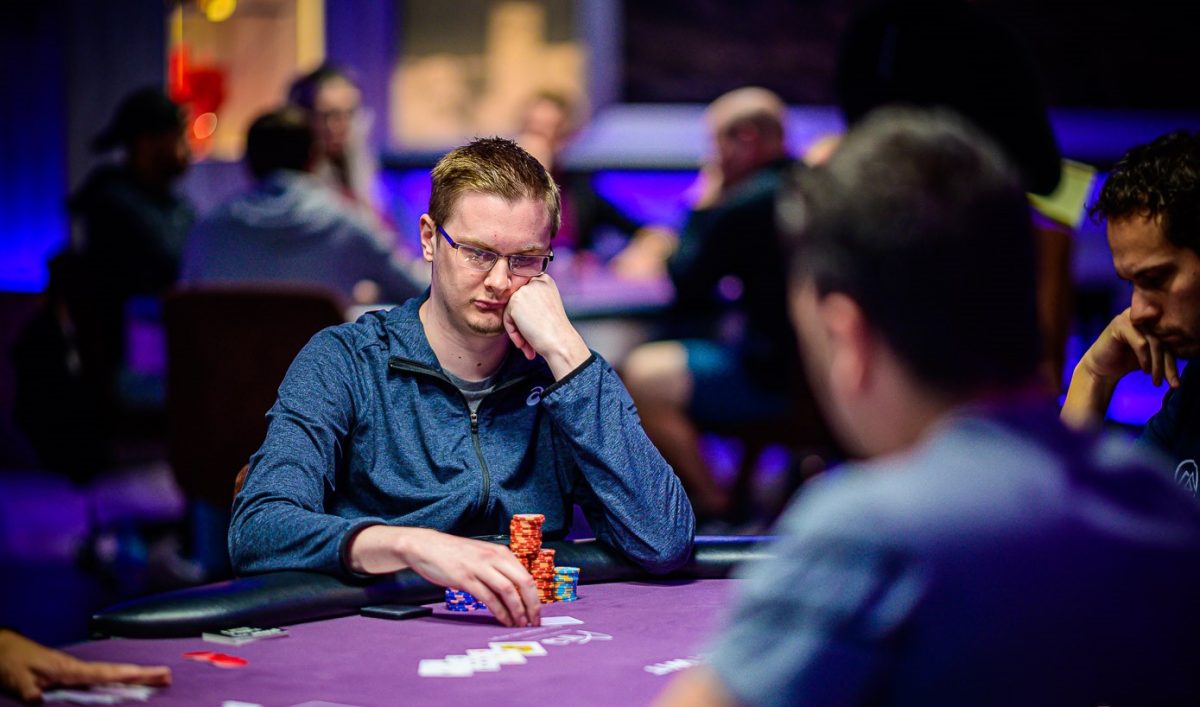 Since rebuys were allowed, many decided to try again, which is why 510 rebuys took place, making the field of 1,137 entries for this event.

Every buy-in added to the prize pool, which was $511,650 in the end and was distributed after 13 hours of play. The player who won the most significant piece of the prize pool was Kevin “therealkg” Gerhart, a resident of Las Vegas.

Gerhart won a total of $97,571.65 for his effort. More importantly, he won a gold bracelet, one of the highest accolades a poker player can receive.

However, Gerhart is well-acquainted with the feeling of winning a gold bracelet, because this was his second one. He earned his first bracelet back in 2019 WSOP Event #54: $1,500 Razz, where he received $119,054 as his final prize.

This was also the biggest score in his career. Before winning the online event, Gerhard had approximately $600,000 in live tournament cashes.

One of his essential victories was in the 2018 WSOP Circuit Planet Hollywood Event #6: $400 PLO, where he managed to win $10,493. He also won $69,561 in the Wynn Winter Classic $600 NLH Event.
It’s safe to say that Kevin “therealkg” Gerhart has a lot of experience under his belt and that there’s still a lot of room for winning more gold bracelets.

A total of 151 players made it to the money list in this event, and Kenneth Phillips was the one to burst the bubble. Some of the famous poker players who made money in this event but didn’t make it to the final table are Jamie Kerstetter, Phil Hellmuth, Ryan Riess, Ryan Depaulo, Shaun Deeb, Tom Marchese, Connor Drinan, and Tammy Brindise.

At the start of the final table, Gerhart was already a chip leader, and he was aiming to stay that way until the very end of the event. The player who was shortest in chips at that moment was Shanmukha Meruga, who was also the first to hit the rail in the final table.

Meruga started the last hand with a pair of nines on the flop against Gerhart’s pair of nines, but Gerhart managed to turn two pair and win the hand. That’s why Meruga had to settle for sixth place and the prize of $14,480.

After that, it was time for Adam “AdamJ080584” Jones to hit the rail for $20,210. Jones faced Cody Brinn in a hand where Brinn had trip queens that overcame a pair of tens in Jones’ hand. Therefore, he had to exit the game as the fifth-place player.

After that, Chris Moorman lost all chips and ended up fourth for $28,601. He had a flopped gutshot straight draw but faced Gerhart’s two pairs. Therefore, the famous online poker player was eliminated and made room for three-handed play.

The player who busted in third place was Jenny “Mobey” Svancara. She was the first female player to reach the final table in the 2020 WSOP Online.

Both she and Gerhart flopped two pairs, but Gehart’s hand was better. Therefore, Svancara had to hit the rail as third-placed, earning $41,290 in the process.

Gerhart had a slight chip lead over Brinn, but Brinn wasn’t an easy nut to crack as he made a huge hand win at the start and gained the 7:1 lead. The two players continued to switch leads several times, but Gerhart celebrated in the end. Brinn had to settle for the consolation prize of $60,324.