WSOP Main Event Champions: Who Were the Last Six Winners? 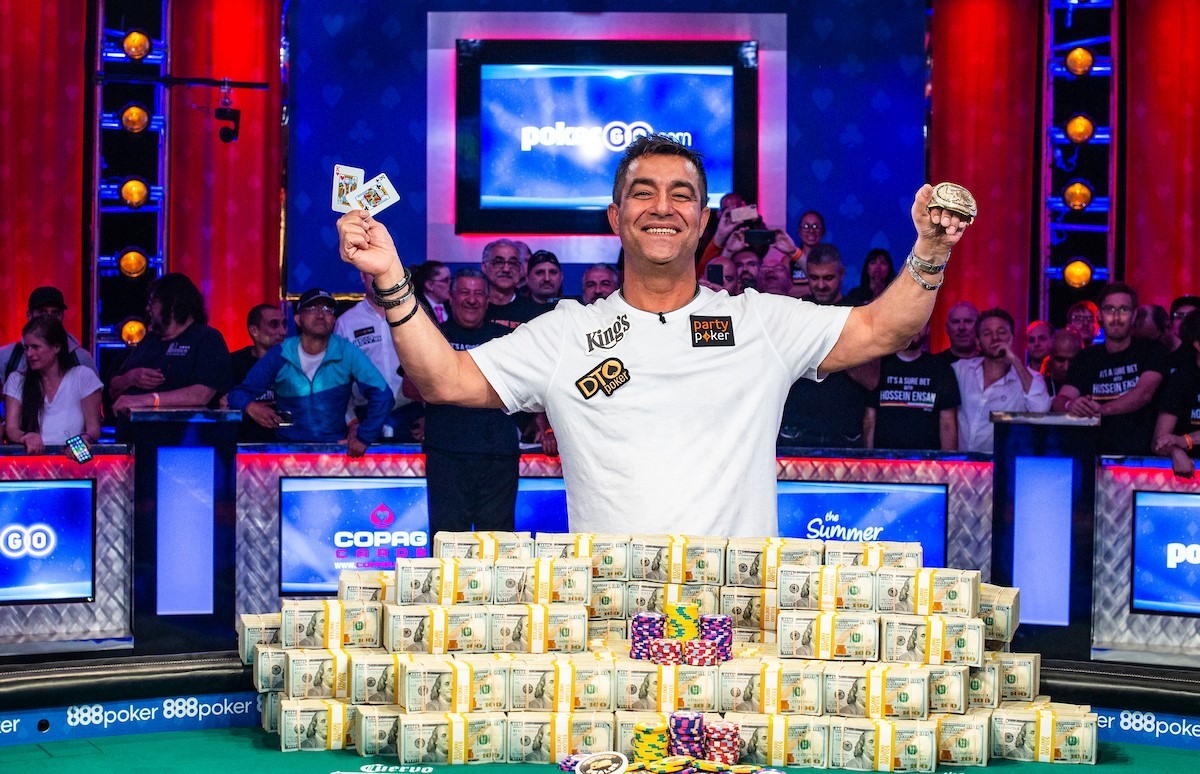 With no official news about the status of the 2020 World Series of Poker, the entire poker world is wondering what would happen if the coronavirus persists for the months to come. That’s why it’s time to look back to some happier memories.

The happiest of them all are the ones that were created by players who made it to Main Event final tables, and winners were the happiest people at that moment. That’s why we decided to take a short overview of all the players who won the WSOP Main Event in the last six years.

Ensan is the ruling champion of the World Series of Poker, as he is the last one to win this prestigious competition, earning a total of $10 million for his achievement. He finished the game in style, with the cowboys in his pocket against Dario Sammartino. Prior to this victory, Ensan had only $3,276 in WSOP earnings.

John Cynn managed to get his hand on the biggest achievement in poker, earning a total of $8.8 million for his effort. This was his first WSOP bracelet which he won after facing Tony Miles in the heads-up play. This was also his first and only final table in WSOP to date, although he managed to make it to the money finish a total of 13 times.

Scott Blumstein was only 25 when he managed to become the king of the poker world, earning a total of $8.15 million for his effort. This was his first money finish in a WSOP event, meaning he had won nothing in his previous appearances in this poker festival.

Nevertheless, he managed to have his name written down in poker history books, as he defeated against Dan Ott in the heads-up part of the game.

The Vietnamese-American professional poker player won the 2016 World Series of Poker Main Event. The popular “Tommy Gun” won against Gordon Vayo, earning a total of $8,005,310 for his effort. He had cashed only once in a WSOP event prior to this victory, earning a total of $9,029.

McKeehan is a very active WSOP player, with a total of 21 money finishes, five final tables, and two WSOP bracelets, with one of them being the 2015 WSOP Main Event, where he won $7,683,346 that he earned after winning against Joshua Beckley. Two years after this, he took part in a $10,000 Limit Hold ’em Championship, where he won $311,817.

The professional Swedish poker player took part in what would later be known as the “Scandinavian final,” where he faced a Norwegian Felix Stephensen. Jacobson won the duel, resulting in a lucrative prize of $10 million. Apart from that, Jacobson has managed to make it to four final tables in WSOP events to this date and had a total of 16 money finishes.

These were the last six WSOP Main Event winners, but they’re certainly not the only ones. Until the lockdown is active and with no WSOP in sight for now, we’re going to publish articles similar to this one — the ones that pay tribute to the great history and tradition of the World Series of Poker.

We’re going to discuss some of the legendary WSOP poker players, most bracelet winners, and more. Therefore, make sure to read pokernewsreport.com to find out more about the WSOP until the official news about the 2020 edition is announced.