The World Series of Poker Europe (WSOPE) announced the 2011 schedule of events that includes the chance for players to win seven bracelets, starting at the 7th of October. 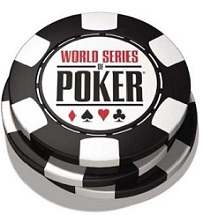 The World Series of Poker Europe (WSOPE) has announced this year’s schedule of events that includes the chance for players to win seven bracelets. WSOPE will take place at the Casino Barrière de Cannes Croisette and the Hôtel Majestic Barrière from October 7th through the 20th. The seven bracelets are the most ever awarded at this tournament.

The choice of the trendy and ultra chic Cannes is a good one for a tournament that represents the pinnacle of accomplishment for poker players on the continent of Europe. Last year’s event, which was the fourth WSOPE, was held at the Casino at the Empire in London, England. Each of the first four tournaments has been held in England. The move to Cannes, France is a big one for the WSOPE, especially in terms of image, where Cannes is seen as being a major site for celebrity-related events and the rich and famous.

It’s a good move and the expansion of the offerings at the tournament is an indication that in Europe the WSOP is certainly becoming more popular.

Ty Stuart, who is the executive director of the WSOP noted in a written statement, “Our new venue in Cannes along with our new partnership with Barrière Poker will offer the best player experience we have ever had for WSOP Europe. Players will find non-stop action throughout the two-week event, plus plenty of fun distractions in Cannes to make this the perfect poker vacation.”

The WSOP loves to offer a mix of standard and unique events. Ultra high stakes, head-to-head and mixed events have been a part of the schedule in the U.S. The European version will include a four-day split format with a buy-in at €10,400. The four-day event, which will begin on October 12th, will start with nine handed nolimit hold’em. The second day will consist of six-handed hold’em at no limit and day-three and the last day will be the final table heads-up.  The competition is sure to be intense.

The WSOPE Main Event, which has a €10,400 buy-in, will start on October 15th. The four who have taken home the bracelet in the past are Annette Obrestad, John Juanda, Barry Shulman and James Bord.

The entire offering of events includes:

A total of eight events will be on-hand with the final one being a non-bracelet competition for women only. Most of the offerings are no-limit with Texas hold’em being the featured game and Omaha being the other game played. It will be interesting to see if the WSOPE can continue to grow, attract big-name players and become as prestigious as its American forerunner.