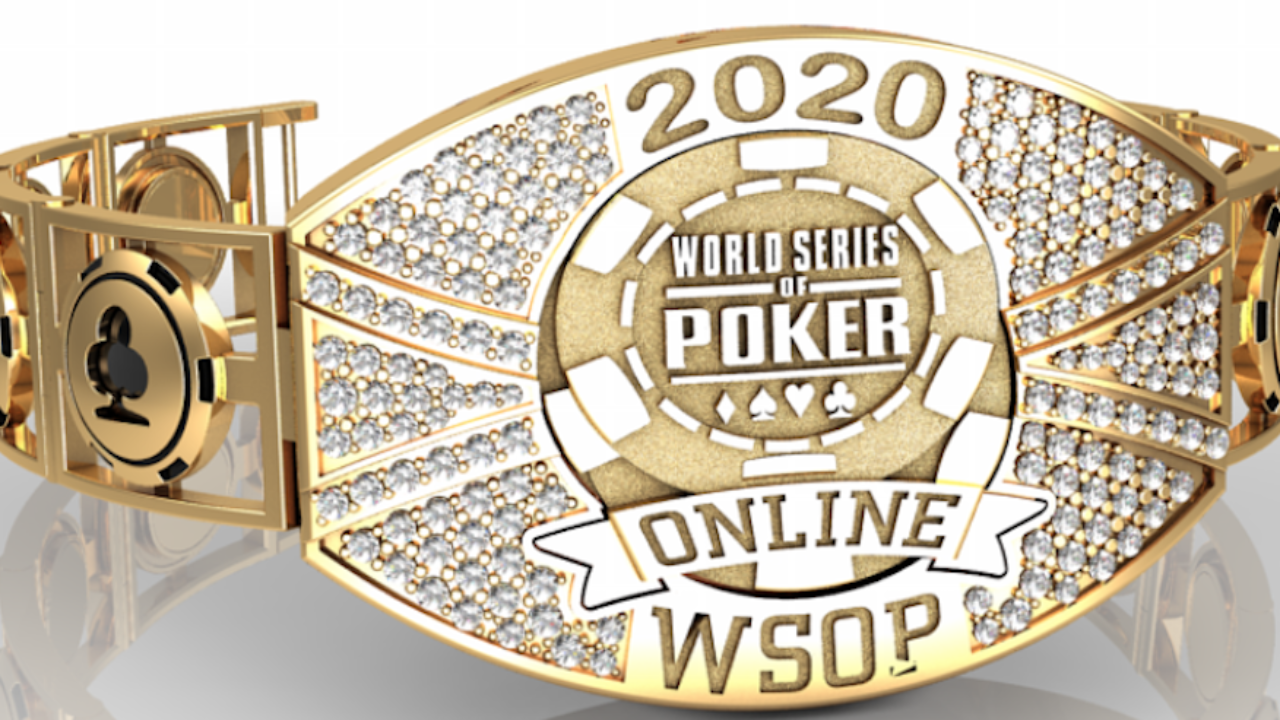 The 2020 World Series of Poker took place online this summer due to the coronavirus pandemic. Two platforms hosted the WSOP — WSOP.com, and GGPoker. WSOP.com was oriented towards US players, whereas GGPoker offered international events. What made all of these events popular is that they all awarded gold bracelets — the most important trophy in the world of poker.

Although events on GGPoker are still underway (the Main Event has started recently), the events on WSOP.com wrapped up, and we decided to gather some interesting facts and figures about the competition. Therefore, let’s take a look at them and discuss them further.

To cash an event, all a player has to do is enter the money list one way or another. It seems that the most successful player on WSOP.com was Ryan Laplante, who goes by the online moniker “protential.” Laplante managed to cash a total of 17 events. On the other hand, he didn’t make it to a single final table, and his scores were mostly low. Nevertheless, it’s the number that counts, and Laplante certainly made a great number of cashes.

The second place was occupied by Ben Yu, who reported just one less cash than Laplante — a total of 16. The third was shared by Ian Steinman and the poker legend Daniel Negreanu. Both of them managed to make it to the money list a total of 15 times.

The next three players, who made money 14 times were Roland Israelshvili, Bryan Piccioli, and Anthony Zinno. On the other hand, Philip Yeh, Dave Alfa, Max Pescatori, and Omar Mehmood all made 13 cashes. Finally, Eric Baldwin, Joseph Bartholdi, and Mike Matusow all cashed out 12 times.

Joe McKeehen, who won the 2015 World Series of Poker Main Event, had a great run and managed to make it to the top spot when it comes to the amount of money he earned. He managed to earn a total of $369,632.

Other players who made it to the top 10 list of the most money earned on WSOP.com are William Romaine, Norman Michalek, Frank Funaro, Matthew Perry, and Scott Hempel.

WSOP.com also kept a leaderboard of a sort where a total of $100,000 was distributed to the most successful players.

According to the platform, the player with most success this year was Ian Steinman, who had a total of 3,186.94 points. He earned the lion’s share of the prize, winning a total of $18,000 for his effort.

Robert Kuhn managed to finish third with 2,996.16 points and the prize of $9,000. Other players who made it to the top 10 list in this category are Philip Yeh, William Romaine, Roland Israelshvili, Tony Dunst, Bryan Piccioli, Jonathan Dokler, and Joe McKeehen.

WSOP.com certainly made history there, as a total of 44,179 entrants were recorded over 31 bracelet events. Moreover, the players managed to receive a total of $26,871,065 in prize money, setting a new standard for online poker events. However, the online version of WSOP is still not over, as the Main Event is currently underway on GGPoker.