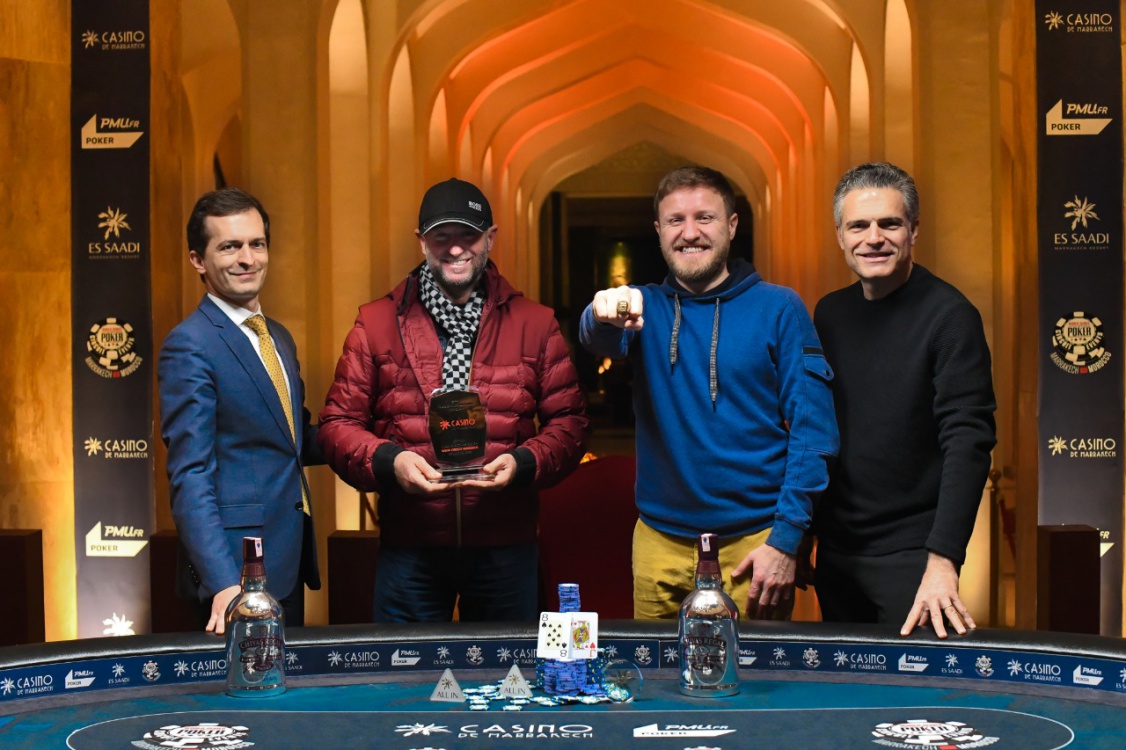 Es Saadi Resort is one of the great wonders of Marrakech, the fourth-largest city in the glorious Morrocan kingdom. What makes this property even better is that it is home to some really important poker events, the most popular one being perhaps the World Series of Poker Circuit.

In fact, one such festival wrapped up recently, after the Main Event took place. It took place in Casino de Marrakech, which is part of the Es Saadi Resort, and it required the buy-in of 15,000 MAD, which is equivalent to €1,400.

The event was filled with great poker action, but one player managed to beat all his opponents. His name is Samiyel Duzgun, and he successfully claimed the title in the end, receiving the monetary award of 1,600,000 MAD (€150,400).

However, the more important thing is that he received his first WSOPC gold ring. On top of all that, the player won a free seat for the 2020 World Series of Poker Global Championship.

Duzgun’s victory is an important one as he proved that cash game poker players can also be very successful in tournament poker if they are good enough. The player from Switzerland decided to test his luck and skills in another form of the game, which is tournament poker, and it seems that he has been doing pretty well so far.

His previous tournament poker success was in December when he took part in the Golden Poker Million Cyprus Main Event. Duzgun made it to the final table and ended up seventh, winning a total of €19,900 along the way. Perhaps he returns to Casino de Marrakech in March when Golden Poker visits this property on March 13-22.

It was only natural that Duzgun was very excited about topping the Main Event of a WSOPC tournament. He stated that he was very tired but also very happy about the victory.

Moreover, he added that he had enjoyed playing the game along the way. Finally, Duzgun stated that the tournament itself had been very enjoyable, but that he had also found people and staff very nice.

It seems that the Swiss was really enjoying the tournament, stating that he would return even if he didn’t win the event.

But Duzgun was not the only poker player in this great tournament. Many other players also joined the Main Event in their effort to win the title.

Let’s see who else made it to the very end — the final table.

The first thing that’s very interesting about this Main Event is that some players used nicknames instead of their real names. That way, “Grolo Grolovic,” another player from Switzerland, was the first to hit the rail, winning 170,000 MAD along the way.

He was soon followed by Imad Derwiche, a player from France who managed to win 200,000 MAD. Rui Bouquet from Portugal ended up seventh for 240,000 MAD, and the next one to hit the rail was another Frenchman by the name of Marc Poustis, winning 300,000 MAD.

Another nicknamed player, named “Igna Poker,” ended up fifth for 380,000 MAD. The Spaniard was followed by another person from the same country nicknamed “TMV” for 500,000 MAD.

The last player to hit the rail before the heads-up was Edouard Piquet from France. Piquet won a total of 700,000 MAD.

The opponent for Duzgun in the heads-up was Aymar Jarrar from Israel, who had to settle for second place, winning 1,060,000 MAD, which is approximately €99,640.