The WSOP has provided online poker players in the US with details of the upcoming Online Series, featuring more than 30 gold bracelet events. 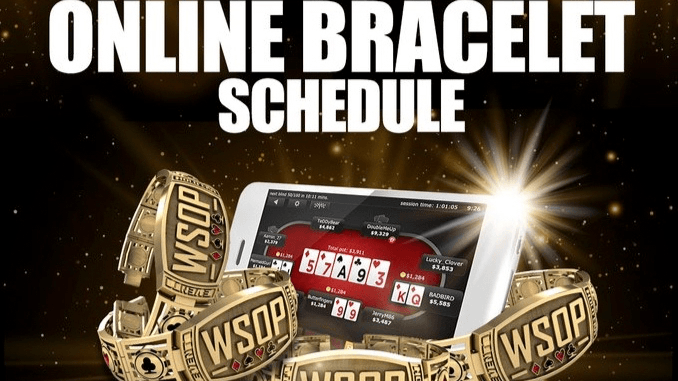 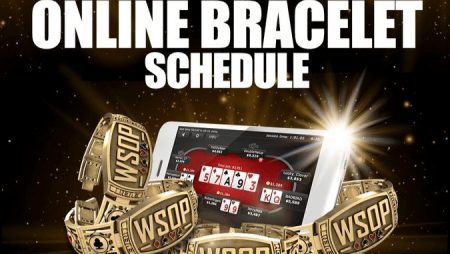 Online poker players in Nevada and New Jersey will be excited to hear that the WSOP has just announced the full schedule for the upcoming Online Series. The 2021 schedule is filled with events, offering players a prime opportunity to compete for 33 gold bracelets while playing from home. The Online Series kicks off on July 1 and will continue through August 1. Players can compete in a new event each day within this time frame.

Last year, with the COVID-19 a major issue in the United States, the traditional WSOP was canceled. To make up for the loss, the WSOP Online was born. The poker festival was offered in the US and abroad, with the domestic portion giving away 31 gold bracelets.

In these events, over $26.8 million in total prize money was awarded. The series was extremely popular among players as they could compete from the comfort of home, without having to travel to a casino location.

This year, the WSOP decided to change things up a bit with the domestic several. There will be themed weeks in which certain tournaments are provided. To start, the WSOP Online will feature Premiere Week. There are eight events scheduled during this time frame. The buy-ins this week start at $500 and go as high as $2,000.

Highlights of the week include the Lucky 7’s event, which takes place on 7-7 and features a $777 buy-in. A Crazy Eights event is also on the schedule, with a $888 buy-in. The next week is much smaller and features three events. Titled Micro Madness, this week includes one event at $333 and two with $400 buy-ins.

Pot Limit Omaha fans will want to log in from July 12 to the 21. This week will be filled with Omaha events. There will be several high level buy-ins, including the No Limit Hold’em High Roller event on the 20th. This event has a buy-in of $3,200. Pay $5,300 and compete in the High Roller Freezeout on the 15th.

On July 25th, the site will feature Double Bracelet day. There will be two events taking place on this day including the Lucky 7’s High Roller. This event has the largest buy-in of the series at $7,777. Players can also compete in the No Limit Hold’em The Big 500 Encore event which has a $500 buy-in.

The last week of the competition is known as Championship Week. During this special week, players can compete in all championship events. The larger events include the High Roller Championship NLH event with a $3,200 buy-in. There is also a PLO Championship and a Hold’em Championship with $1,000 buy-ins.

If your budget is a bit tight, be sure to stick around for the No Limit Hold’em Grand Finale. This event has a buy-in of $500 and is the last tournament on the schedule, set for August 1. You can also compete in the Summer Saver for $500 as well.