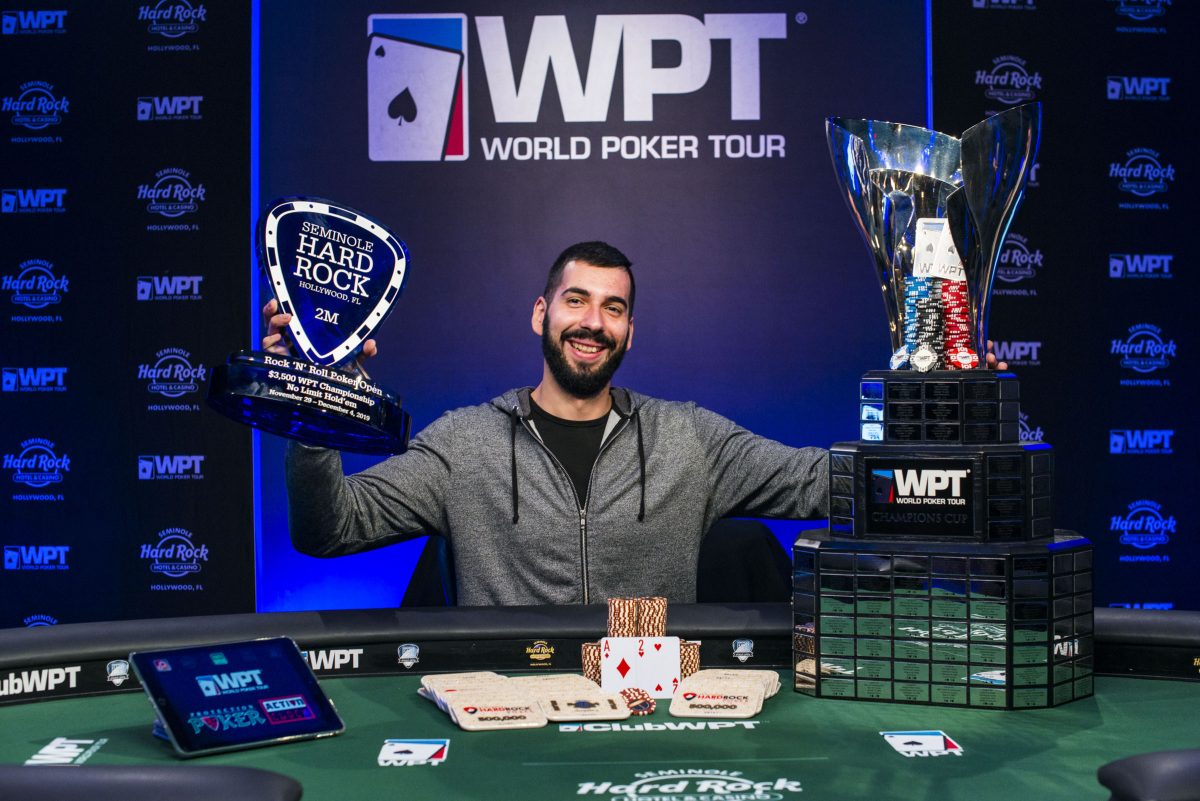 Milen Stefanov, a player from Bulgaria, managed to take down the Main Event of the World Poker Tour Rock ‘N’ Roll Poker Open at the Seminole Hard Rock Hotel & Casino Hollywood in Hollywood, Fla. The event required a buy-in of $3,500, and a total of 988 players applied to this big competition to test their skills and luck.

The Bulgarian managed to earn the lion’s share of the prize, winning a total of $545,070. Stefanov was happy to win such a big event and stated that it felt amazing to be a WPT champion.

This main event was actually the biggest-ever RRPO event in history due to the number of entries. A total of $3.1 million was created as the prize pool, and the top 124 players made it to the money list. Some of the notable players who made the money by playing this event include Aaron Memelstein, Matt Glantz, James Calderaro, Julien Martini, Anthony Zinno, and Scott Clemens.

On the other hand, Fabian Gumz, who was the leader at the start of the day, had a rather disappointing finish, only to be down to two BBs. However, he managed to triple up and then double up two times in a row to make it to the final table with only 26 BBs. The shallow bunch was lead by Stefanov, who had 45 BBs at that time.

As the final table started, players immediately started playing aggressively, and one of the first players to suffer from aggressive actions was Anderson, who went all-in two times in the first four hands. Anderson won a total of $111,895.

The next player to hit the rail was Cesar Fuentes from Venezuela. Fuentes won a total of $146,760 as the fifth-place player. The moment when Stefanov managed to amass more than 50 percent of the chips in the game was when he busted Roman Korenev, who is a 2019 bracelet winner. The Russian tried to shove with a queen and a 10 in his pocket, only to stumble upon two aces. He ended up fourth and won a total of $194,605.

Stefanov continued his streak, and his next target was David Novosel from the US, who ended up third, winning a total of $260,845. The last two players who remained in the game were Gumz and Stefanov. The two started heads-up play with Stefanov being a significant chip leader.

However, the German was a tough nut to crack. He managed to double up twice, at which point Stefanov gave up the lead. Yet, Stefanov was smart and caught a bluff from Gumz only to win the tournament. Gumz had to be satisfied with second place and the consolation prize of $353,380.

This marked the end of the WPT Rock ‘N’ Roll Poker Open. The tournament attracted many great players and many poker professionals, as well as enthusiasts.

Although the Main Event was the most important competition in this tournament, it definitely wasn’t the only one, as there were 25 other events that players could compete in, including a couple of lucrative high roller events.