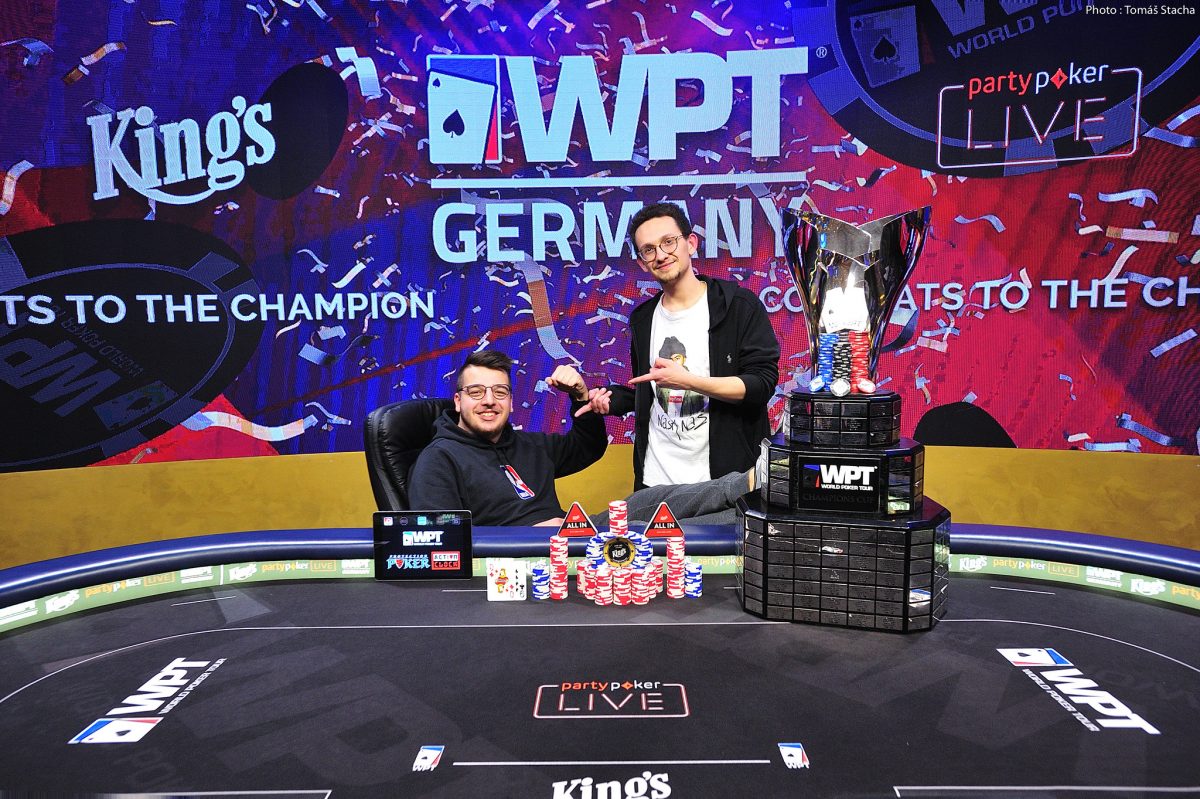 The World Poker Tour season is all over the news as there are competitions going on both in Europe and in North America. The current stop in Europe is WPT Germany, and it recently wrapped up with the Main Event coming to an end.

One player named Christopher Puetz managed to win the WPT Germany Main Event, winning a total of €270,000 as his final prize. That way, he became another member of the prestigious WPT Champions Club.

But the monetary prize was not the only thing he received. As a matter of fact, he was also awarded a seat worth $15,000 at the World Poker Tour Tournament of Champions, which usually takes place at the end of the season.

The tournament will gather all the people who won WPT events in the 2020 season, meaning it will be an ultimate WPT competition.

Puetz is relatively new to the world of poker, as he started playing the game actively only two years ago when he was still a student. The 23-year-old German soon realized that he has great poker talent and decided to make his hobby more active.

His effort was crowned with his latest victory that took place at King’s Resort in Rozvadov, Czech Republic.

The Final Day — There Was a Lot of Great Poker Action

The start of the final day was rather interesting, as everyone was focused on the poker player called Hossein Ensan. Those who follow poker tournaments actively have probably heard about Ensan, as he managed to win the biggest poker competition in the world last year — the World Series of Poker Main Event at Rio in Las Vegas.

He had a special reason to try his best this time, as he was aiming for the so-called Triple Crown. Players who have the honor to bear the “Triple Crown” won the three most prestigious poker competitions — a WSOP bracelet, a European Poker Tour title, and a World Poker Tour title.

Hossein was sitting second in chips at the start of the day but eventually ended up seventh, failing to achieve his goal. The start-of-the-day chip leader was an Italian named Gianluca Speranza.

The final table consisted of nine players, and the first one to hit the rail was a German player called Rifat Gegic, who managed to earn a total of €24,000 for his effort. He was soon followed by another fellow countryman of his Renato Nowak, who earned €31,000 as an eight-placed player.

Seventh place was reserved for the reigning WSOP champion Hossein Ensan, to the disappointment of many poker fans who were hoping that he would repeat his success from WSOP. Ensan took home a total of €40,000.

Farukh Tach from the Netherlands ended up sixth, with a total of €52,000 in his pocket, and he was followed by Gianluca Speranza for €68,000.

Fourth place belonged to Josef Gulas, a player from the Czech Republic, who was virtually playing on the home court, as WPT Germany actually takes place in the neighboring country. Gulas had to settle for €91,000.

The three-handed play saw the Dutch Joep van den Bijgaart hitting the rail and winning €125,000 for his effort, leaving Laszlo Papai and Christopher Puetz to battle for the first place. Papai had slightly more chips than Puetz, and a long heads-up was expected.

However, it ended up pretty quickly as Papai shoved almost immediately at the start with an ace-10 against Puetz, who had ace-jack, losing the majority of chips. The German did not take long to finish things and win the Main Event.