WPN Dishing up a Treat for Omaha Payers

Following the success of its High Five tournament series, the Winning Poker Network has announced its next promotion will be targeted towards Omaha players. 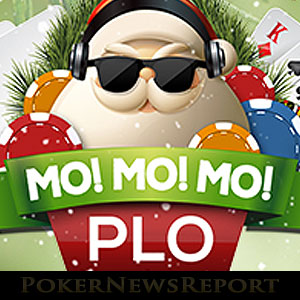 Following the success of its High Five tournament series, the Winning Poker Network has announced its next promotion will be targeted towards Omaha players.

From next Thursday (December 7th), the sites are extending an extra special welcome to Omaha players with a MO MO MO PLO promotion. The promotion gives players the chance to claim a no deposit bonus of $1,100, play games of PLO Jackpot Sit & Go Poker with prize pools up to $150,000, and get involved in extra PLO tournaments culminating in a $50,000 guaranteed “Sunday Special” scheduled for 17th December.

How to Claim Your No Deposit Bonus

During the eleven days of the MO MO MO PLO promotion, if you play at Black Chip Poker or Americas Cardroom, you will be invited to play at the Network´s Pot Limit Omaha cash tables between the Happy Hours of 6am to 8am and 10pm to 12am (all times ET). For each one hundred hands you are dealt into, you will be credited with a $10.00 bonus – even if you fold every hand.

You can collect up to $100 in bonus credits each day for a maximum no deposit bonus of $1,100. Then, on the Monday following the end of the promotion, you have to log into your account and claim your bonus. As soon as it is credited to your account, you have 60 days to clear your no deposit bonus at the standard bonus clearance rate of 27.50 Points per dollar.

If You Like Jackpot Sit & Go Poker, You Will Love This

During the promotion, the Winning Poker Network will be adding special Jackpot games to its existing selection of hyper-turbo, three-player Sit & Go games. The new game will have a $60 buy-in and, similar to the regular Jackpot Sit & Go Poker games offered by the Network, a prize multiplier of up to 2,500x the buy-in will be drawn before the start of each game.

The highlight of the promotion is the $50,000 guaranteed “Sunday Special” on 17th December. This event will get underway at the regular time of 2:00pm and has the regular buy-in of $215. As usual there will be three hours (twelve levels) of late registration, during which unlimited re-entries are allowed if you have the misfortune to be knocked out early.

Qualify for the PLO Sunday Special for Free

Not everybody has the bankroll to support $215 buy-ins, so the $50,000 guaranteed Sunday Special will be supported by a typically comprehensive satellite schedule. Included in the satellite schedule will be special Freebuy tournaments guaranteeing seats into the Sunday Special. These will take place at 11am on Saturdays and Sundays and at 12 noon throughout the week.

Although each of the special Freebuy tournaments are free to enter, you will be able to improve your odds of qualifying for the target event by paying $0.50 for re-buys until the end of Level 18, when an optional add-on will be available (also at a cost of $0.50). With potentially valuable prizes up for grabs, it is worthwhile putting a few extra dollars into your account before the promotion starts on Thursday 7th December.