Proposals to introduce UIGEA-style restrictions on payment processing in Brazil could threaten liquidity at the world´s largest online poker sites. 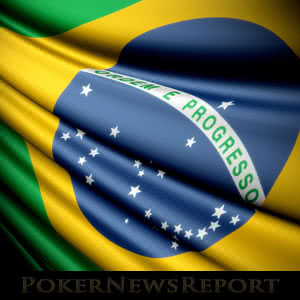 Proposals to introduce UIGEA-style restrictions on payment processing in Brazil could threaten liquidity at the world´s largest online poker sites.

Back in 1941, Brazil´s government passed the Criminal Contravention Act prohibiting all forms of gambling except for a state-sponsored lottery and betting on horse racing. A further Act banning brick and mortar casinos was passed in 1946, and neither law has ever been repealed.

However, due to a loophole in the country´s contract law, online gambling is not technically illegal if the operator with whom the gambling transaction is made is based in a jurisdiction where gambling is authorised. Brazilians taking advantage of this loophole wager approximately $950 million per year with “offshore” operators based in jurisdictions such as the Isle of Man, Gibraltar and Costa Rica.

In his bill, Senator Nogueira proposes that the Central Bank of Brazil introduces mechanisms to prevent Brazilian-based gamblers from transacting with offshore gambling sites by credit card, debit card or other electronic transfer. The ban on gambling transactions includes both deposits and withdrawals.

The Senator acknowledges legislation is being discussed to regulate online gambling in Brazil; and, as the purpose of the domestic regulation is to generate tax revenues, he sees his bill as a step towards accelerating the process while preventing money leaving the country both before and after regulation.

It is not known how much support Senator Nogueiro´s proposals have among his colleagues. The pro-regulation legislation under discussion by the Senate and Chamber of Deputies has constantly been delayed and is opposed by the influential Catholic Church, who claim it will create irreparable moral, social and family damage.

The Implications for Online Poker if the Law is Passed

The implications for online poker if the law is passed would be serious. Brazil contributes a significant proportion of players to the databases of PokerStars, 888Poker and Party Poker. As none of these sites accept cryptocurrencies – over which the Central Bank of Brazil´s mechanisms have no control – there would be a vast drop in cash game liquidity and poker tournament entries.

Brazilian players wishing to continue playing online poker would have no option but to withdraw their funds from PokerStars, 888Poker and Party Poker, convert their bankrolls into Bitcoin, and start playing at poker sites that accept Bitcoin as a deposit option. Technically this would not be illegal, as the loophole in Brazil´s contract law would still exist.

Consequently, if Senator Nogueira´s proposals are enacted by the Brazilian Senate, the only parties that will be hurt by the new bill will be the world´s largest online poker sites and the players who play on them. Brazilian poker players will be able to continue playing online poker, and liquidity at smaller, Bitcoin-accepting poker sites will improve.

Regulation in Brazil Unlikely to Provide a Solution

Of course, the above scenario will not occur if Senator Nogueira´s proposals fail to find sufficient support. However, if they do, the damage to liquidity at the world´s largest online poker sites could be permanent. Even if the Brazilian Senate and Chamber of Deputies subsequently pass legislation to regulate online gambling in Brazil, there is no guarantee poker players will abandon their new homes.

As has been seen in European ring-fenced markets, many players have chosen to remain outside of regulated jurisdictions due to factors such as lower rake and better rewards. Indeed, at a time when traffic at online poker sites is generally in decline – particularly in regulated jurisdictions – poker sites that accept Bitcoin and other crypto currencies that have seen the volume of players increase.