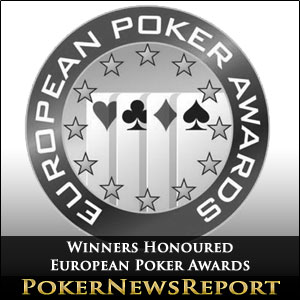 The winners of the Global Poker Index-sponsored European Poker Awards 2012 were announced last night at a stunning ceremony at the Elysee Biarritz in Paris.

The twelfth annual awards ceremony was hosted by Global Poker Index (GPI) owner Alexandre Dreyfuss and Party Poker ambassador Kara Scott and, in addition to presenting awards for those considered to be the most noteworthy contributors to the game of poker, the awards also recognised the GPI Player of the Year in France, Germany, UK, Ireland, Italy, Spain, Austria, Belgium and Finland.

A panel of judges had been asked to select a winner in each of seven categories from contenders nominated by the voting public, while the awards for the GPI Players of the Year were decided based on GPI rankings.

A lifetime achievement award was also going to be announced based on votes cast on the GPI web site (and before you look at the result, it has to be remembered that voting finished on December 12th).

And the Winners Are …

The National GPI Players of the Year were as follow:-

Congratulations from PokerNewsReport to all the winners!