Full Tilt is offering players the opportunity to win a $10K VIP Las Vegas holiday package and giving away $20K in tournament entries over the next two weeks. 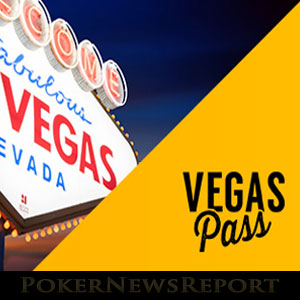 Full Tilt is offering players the opportunity to win a $10K VIP Las Vegas holiday package and giving away $20K in tournament entries over the next two weeks.

If you have ever dreamed of visiting Las Vegas, but never had the bankroll to make the trip, Full Tilt is offering players the chance to fulfil their dreams in its Vegas Pass promotion that starts on Sunday. Not only will Full Tilt fly the winner of the promotion (and a friend) to Las Vegas, but it will be done in style; with business class flights, limousine transfers and seven night´s accommodation in the Caesar´s Palace hotel.

Even if you do not want to go to Vegas, there are plenty of good reasons for looking deeper into this promotion. Full Tilt is giving away $20,000 of tournament entries over the next two weeks – some of which are into some remarkably valuable tournaments. Incredibly, all you have to do to be in with a chance of getting your hands of some of the free tournament tickets is to earn 10 Full Tilt Points in a single day.

Between Sunday 29th November and Sunday 13th December, every day that a player earns 10 Full Tilt Points, they will receive an entry into a freeroll satellite offering tournament tickets into regular scheduled tournaments that have been assigned “Vegas Pass” status.

Full Tilt Points are awarded at the rate of ten per dollar paid in rake or as an entry fee to a Sit & Go game or multitable tournament, so it should not be difficult to achieve the requirement. Players who “cash” in the freeroll satellites will be awarded seats in the following tournaments:

From Freeroll to Vegas

In addition to any cash prizes won in the above “Vegas Pass” tournaments, the top five players in each tournament will receive an entry ticket into a special “Vegas Pass Final” that will take place on Tuesday 15th December at 3:00pm (ET). The winner of the “Vegas Pass Final” can start packing their bags and start planning their VIP Vegas Experience!

For players that do not want to go through the convoluted passage to the “Vegas Pass Final”, the final can be bought into directly for $10.00 – but that does kind of take the fun out of the achievement!