Allegations that Sheldon Adelson ordered an investigation into the private lives of Macau officials could damage the billionaire´s credibility in the US. 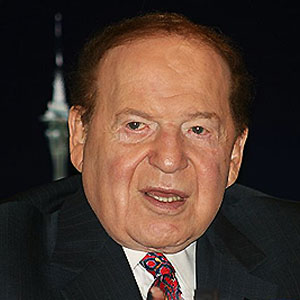 Allegations that Sheldon Adelson ordered an investigation into the private lives of Macau officials could damage the billionaire´s credibility in the US.

It is no secret that many of today´s politicians have been financially supported by Sheldon Adelson – the billionaire owner of the Las Vegas Sands Corporation – and in return they have pledged their support for the prohibition of online gambling in the US through the Adelson-funded ·Restoration of Americas Wire Act” (RAWA).

However, if allegations of “dirt-digging” are proven to be true in a Nevada District Court, many of them may reconsider their allegiance to Adelson and his goals – as well as looking back into their own private lives to review what damaging information Adelson might have on them.

Damaging Allegations to be Heard in Court

The reason why certain politicians may be starting to feel uncomfortable about their support for RAWA is the forthcoming wrongful dismissal court case brought by the former CEO of Sands China, Steven Jacobs. Jacobs claims that he was sacked from his position by Adelson because he refused to conduct an underhand investigation to dig up information about high-ranking government officials in Macau that could be used to “exert leverage”.

The secret investigations – according to Jacobs – were to look into the business and financial affairs of the government officials, who were to be wooed by an (allegedly) Adelson-approved strategy condoning prostitution at the Las Vegas Sands casinos in Macau. Sheldon Adelson has refuted the allegations and claims that the investigations were initiated by Jacobs himself.

However, Jacobs is intending to present evidence of his allegations in the forthcoming court case – evidence which includes reports compiled by a Hong Kong-based risk consultant that suggest the Las Vegas Sands Corporation had ties with organized crime in China, and documents that were transported from Macau to the Las Vegas Sands headquarters in Nevada and subsequently doctored.

Sheldon Adelson – who will himself be called as a witness in the wrongful dismissal court case – has tried to get the case thrown out, and is still trying. In 2012, the Las Vegas Sands Corporation filed an unsuccessful motion requesting that the “Macau documents” be removed from evidence as their use contravened the Macau Personal Data Protection Act.

Las Vegas Sands then unsuccessfully tried to get Judge Elizabeth Gonzalez removed from the case after she sanctioned the company for failing to hand over the “Macau documents” in unedited format (Jacobs intends to use the documents in order to prove that decisions concerning operations in Macau were actually made in Las Vegas) and, when Sheldon Adelson filed a defamation lawsuit against Jacobs, it was thrown out by a court in Florida.

The last hurdle to be overcome before Jacobs´ “serious political and legal” allegations are to be heard in court is the question of jurisdiction. The Las Vegas Sands has argued that the Chinese arm of its operation is registered in the Cayman Islands and has no dealings with Nevada – or indeed anywhere in the United States. A hearing is currently underway to resolve this issue.

Will Adelson Have to go Back on his Word?

Sheldon Adelson has already said that he will not settle out of court to make Jacobs´ allegations go away. However, if the claims of an undercover operation to dig up “leverage” on government officials are proven to be true, they will seriously hurt the billionaire´s credibility and potentially the support he has for his “Restoration of Americas Wire Act” (RAWA) currently going through congressional sub-committees.

Jacobs has affirmed he has all the evidence he needs to prove that Adelson personally controlled operations in Macau and ordered the investigations into Macanese officials. If this is true, Adelson may have to go back on his word and cashout Jacobs for a substantial settlement if he wants to maintain credibility among his supporters – or will more money be pumped into their election funds to cloud their judgment once again?