Vegas Loses its Appeal and its Profit and its Homes

Las Vegas was the number 1 gambling destination in the world. Having been knocked down to number 2 when casinos in Macau first opened their doors in 2006… 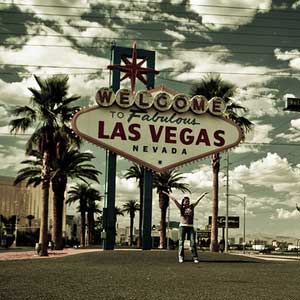 Once upon a time, Las Vegas was the number 1 gambling destination in the world – el numero uno, die nummer eins, το νούμερο ένα. Having been knocked down to number 2 in the world when casinos in Macau first opened their doors in 2006, Sin City is to be further demoted when soon-to-be-released figures show an anticipated income of $6.4 billion from the two casinos in Singapore which opened their doors just last year.

The casinos in Las Vegas have seen their income slump this year despite a better than expected WSOP and the lack of internet gambling. In 2010, the total income grossed by casinos in Las Vegas was a little over $5.8 billion (Macau casinos, by the way, grossed just over $23.5 billion) and things are expected to get worse as plans to open even more mega-casinos gather pace elsewhere in the world. Already Las Vegas has witnessed the closure of the Moroccan-themed Sahara Casino and Hotel with the loss of 1,600 jobs and the construction of new projects has been put on hold indefinitely.

In January 2011, the Nevada Department of Employment announced the city´s worse ever unemployment rate – 14.9% – despite the labour pool declining by 24,600 people as out-of-work ex-casino employees got on their bikes to look for employment elsewhere. An 11.9% drop in tourism reported by the Las Vegas Convention and Visitors Authority has not helped matters and, as of May 2011, Las Vegas had the highest property foreclosure rate in the USA, with one-in-nine households receiving a foreclosure notice.

Las Vegas Getting Too Expensive

One of the major reasons for the city´s decline is the price of accommodation and food. Whereas once there were plenty of hotels offering cheap rooms on the basis that they would get your money anyway in the casinos, now the average tourist pays $80.00 per night for their room (£50.00!). Restaurants appear to only want to serve the rich and famous (and famously rich) and it has been calculated that the cost of an average 3 day stay in Las Vegas, before gambling is taken into account, is $1,600 per couple – would your missus let you spend a grand on a three-day holiday? Doubtful.

What Does the Future Hold for Las Vegas?

The casinos in Las Vegas have one of two options. They can either get their act together and start catering for the “common man (*)” or ultimately crumble back into the desert floor from whence they once came. It seems inconceivable that this could happen to a town built on the patronage of Frank Sinatra, Elvis Presley, Mae West, the Beatles, Elizabeth Taylor and Marlene Dietrich, but with the worldwide competition for poker players´ dollars becoming hotter, somebody needs to bang a few heads together, make Las Vegas more attractive, more affordable and more user-friendly.

(*) and learning how to make a decent cup of tea for Victoria Coren!