Both positive and negative rumours were circulating yesterday, as the anticipated deadline for the appointment of an FTP claims administrator drew closer. 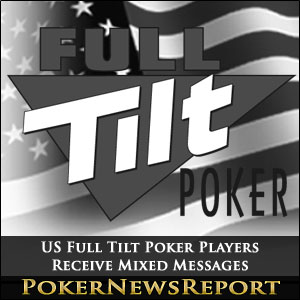 Both positive and negative rumours were circulating yesterday, as the anticipated deadline for the appointment of an FTP claims administrator drew closer.

Back in November 2012, the United States Attorney´s Office (USAO) issued a Victim Update on its web site which stated that the USAO for the Southern District of New York was evaluating applicants for the position of Claims Administrator to handle petitions for remission for U.S. victims of the alleged fraud that Full Tilt Poker committed relating to player funds.

The Victim Update concluded by saying that the USAO expects that the Claims Administrator will be selected and begin work in January 2013 but, as the end of January approaches, there has been no further news forthcoming from the USAO and, with no sign of the Department of Justice moving closer to Full Tilt repayments, the rumours started circulating.

The AFMLS ‘Know Nothing’ Rumour

The Department of Justice´s Asset Forfeiture and Money Laundering Section regularly receive calls from players wanting to find out the latest about the remission process – even though no process has yet been put in place.

Yesterday, callers eager to discover whether a Claims Administrator had yet been appointed were told that there was no news and that the person that would be able to answer their questions was away travelling for a few days – prompting rumours that the FTP repayment process was going to be delayed further.

However, inasmuch as the AFMLS cannot confirm that no administrator has yet been appointed, there is a history of the AFMLS publicly stating that there is no news and a few days later announcing a major development (such as when PPA Chief Executive John Pappas met with the AFMLS just prior to the Victim Update above).

When questioned about his source, Collson would go no further than to say that he was given the news by a public information officer at the USAO and, at the time of writing, no further details have been released from either Collson´s Twitter account or published on his web site.

However, contributors to the popular 2+2 forum flooded the USAO with calls (212 637-2600) and received a similar message – very, very soon – can´t elaborate – which raised hopes that an announcement would soon be made in respect of the Claims Administrator appointment.

Presumably when the member of staff at the AFMLS gets back from their travels!