The €1,000 buy-in Unibet Open and the supporting Sports Legends Challenge are sure to attract a massive crowd to Celtic Park in Glasgow this weekend. 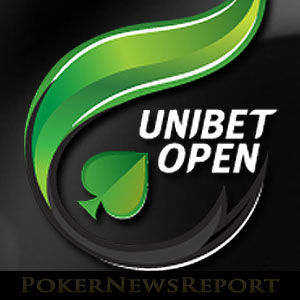 The €1,000 buy-in Unibet Open and the supporting Sports Legends Challenge are sure to attract a massive crowd to Celtic Park in Glasgow this weekend.

It is going to be a big weekend in Glasgow for poker players and sports fans alike, as the Unibet Open hits Celtic Park tomorrow (Saturday) with a strong line-up of supporting events – including a Sports Legends Challenge.

The fun gets underway tonight at 10:00pm, when a Welcome Party is being hosted at the Grosvenor Casino in Glassford Street, so there could be a few bleary eyes on the YouTube stream of the Unibet Open Main Event which gets underway at Noon on Saturday.

The €1,000 buy-in Unibet Open Main Event takes place in the iconic Celtic Park Stadium – the largest sports stadium in Scotland. Because the venue is not a casino, it is a cashless event. Players who want to buy-in directly must either do so through the Unibet Poker client or at the Grosvenor Casino in Glassford Street where only debit cards will be accepted.

There are two opening flights on Saturday and Sunday, but no re-entry allowed. Players start with 30,000 chips and quite a steep blinds structure. For example, players suffering from the after effects of the Welcome Party can late-register on Saturday up until the end of Level 4 (around 4:30pm), by which time the blinds will be up to 200/400 (ante 75).

The money bubble for the Main Event should burst some time on Monday, and the final table will take place on Tuesday – the whole final day´s action (with hole cards) being broadcast on the Unibet website on a delay. Updates from the previous day´s action will be available on Unibet Poker´s social media accounts.

The Sports Legends Challenge is an invitation-only game that will consist of UK and European sports stars displaying their poker skills. Many of the famous names taking part will be familiar to Scottish and Dutch soccer fans and some “Old Firm” rivalries, will be re-ignited with the likes of ex-Celtic striker Tony Cascarino facing off against former Dutch international and Rangers defender Arthur Numan.

The Sports Legends Challenge kicks off on Saturday at 2:00pm and the event will be streamed on Twitch and on YouTube (with hole cards) on a thirty minute delay. Players attending the Unibet Open will be able to meet with the “legends” at a player´s party on Saturday night – which is likely to result in more bleary eyes on the YouTube stream of Sunday´s action!

There is a good selection of side events supporting the Unibet Open Main Event and the Sports Legend Challenge. These include satellites for the Main Event and the £2,000 buy-in High Rollers event (please note sterling and not €uros), a “Win the Button” tournament and a 4/5/6 card Pot Limit Omaha event. There is also a £25,000 guaranteed two-day event being played over Monday and Tuesday with a buy-in of just £250-

Full details of the Unibet Open can be found on the Unibet website, or pop along to the Grosvenor Casino in Glassford Street tonight from 10:00pm to savour the atmosphere of a Unibet Welcome Party. It promises to be lively!