Ultimate Poker rolled out an upgrade to its software over the weekend, as well as implementing a new VIP rewards program. 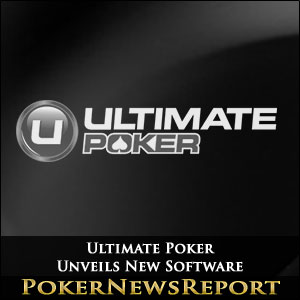 Ultimate Poker rolled out an upgrade to its software over the weekend, as well as implementing a new VIP rewards program.

The only regulated online poker site in the U.S. received a considerable amount of criticism after launching on April 30 with software that many perceived to be less than adequate perhaps in an effort to enjoy a first-to-market advantage. Those critics have now been silenced with UP’s 2.0 version that allows for a smoother and more enjoyable poker-playing experience.

Players can now resize tables, resize their avatars, look at larger playing cards, and preset their bet buttons. The improved graphics allow grinders to multi-table with greater ease and rack up player points to take advantage of the rewards offered via the new player loyalty program.

That VIP program is known as Color Up and features ten tiers, eight of which are monthly achievement levels, while the other two levels are based on annual player points accumulated. Points can be redeemed for bonuses and merchandise.

With regard to tournament action, new lobby features allow players to better distinguish among different tournament games such as 6-max tables or satellites. Also, late registration and rebuy tourneys are available, options which were previously not permitted.

While the upgrade has been a long time coming, don’t expect this to be the last improvement made at UP. Joe Versaci, the Chief Marketing Officer of parent company Ultimate Gaming, said that the software enhancement and new VIP program is only the first step in making life better for UP players. He added that UP is committed to listening to customer feedback in order to continually enhance and enrich their online poker product.

Ultimate Poker has enjoyed a monopoly on the Nevada online poker market for almost four months. With at least a couple of other poker sites expected to join UP in coming weeks, that exclusivity will soon be coming to an end.

What won’t be ending is regulated online poker and gambling in the U.S. Delaware is aiming to join the party in a month or so and New Jersey will soon follow with its own online gambling offerings just two months after that.