Ultimate Poker Ready to Roll Out

The only regulated online poker software in the U.S is set to launch, pending final approval. 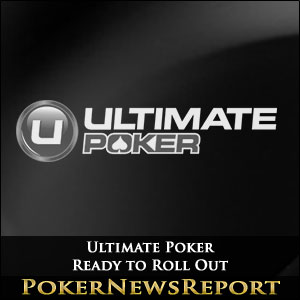 The only regulated online poker software in the U.S is set to launch, pending final approval.

If April 15, 2011 marked the end of online poker in the U.S, April 30, 2013 hailed its rebirth. It was on that day that Ultimate Poker, which still resides as the only regulated virtual cardroom in the United States, opened its doors. Since then, the site has been in “field trial” mode. Subject to heavy reporting requirements and analysis, Ultimate Poker sought to prove that its software was ready to go live. Today, it has done just that.

With the new version of its software set to roll out this Thursday, the wait for online poker – at least in the state of Nevada – is finally over. Although the launch is significant in its own right, it more importantly sets the precedent for which other states are likely to follow. In a best case scenario, a successful launch could encourage Government to regulate online poker on a Federal level.

In addition to the software update, Ultimate Poker revealed its VIP scheme and rakeback program. There will be an unprecedented eight monthly VIP tiers. Based on color scheme, the VIP program starts players off as a lowly “White Chip.” As they work their way up the ladder, players will be given access to more incentives. But only truly dedicated players will be able to become a top-tier “Cranberry Chip.” Yeah, we don’t think it sounds that impressive either.

In addition, players who pay over 10k in rake a month will be granted a “Gold Plaque” and those who fork over a whopping 100k will be granted the exclusive “Platinum Plaque.” As expected, a VIP store, where players can purchase goods and other luxuries, will also be in place. Tier requirements and VIP level benefits are yet to be revealed.

Last week, it was revealed that Ultimate Poker would reside by the “winner take all” points system. This schema, which only grants VIP points to the player who wins the hand, has proven a bit unpopular among regulars, especially those who favor a tight-aggressive style of play. The most common system is a weighted contributed system, where players receive points based on the percentage of rake they contributed to the pot. Nits beware: Ultimate Poker might not be the site for you. However, the “winner take all” could, in theory, draw a swarm of loose-passive donkeys who will be even more encouraged to go to showdown with marginal holdings. Time will tell.

WSOP.com had hoped that Ultimate Poker’s launch would have occurred sooner, preferably around the same time that its series of live tournament events ended. But unfortunately, it hasn’t received approval from the Nevada Gaming Commission just yet. This is expected to change tomorrow.