According to Global Gaming Business magazine, online poker regulators in the United Kingdom and New Jersey have reached an agreement on sharing liquidity. 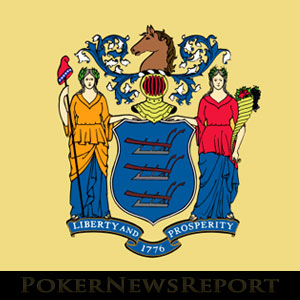 According to Global Gaming Business magazine, online poker regulators in the United Kingdom and New Jersey have reached an agreement on sharing liquidity.

The proposal to share liquidity between regulated online poker sites in the UK and New Jersey has been around for some time. In his 2014 year-end report, David Rebuck – the Director of New Jersey´s Division of Gaming Enforcement (NJDGE) – wrote that he had discussed the idea with representatives of the UK Gambling Commission (UKGC) while regulated online poker in New Jersey was in its infancy.

The question of shared liquidity was put on ice until issues surrounding PokerStars´ entry into the regulated New Jersey market were resolved. But now – four months after the world´s largest online poker site returned to the Garden State – letters have been sent to companies that operate on both sides of the Atlantic asking them for their opinions on how a system of shared liquidity would work.

A Separate Platform Would Seem the Most Likely Solution

Rebuck added that a separate platform may create issues with geolocation, player verification and how the tax rate from each jurisdiction would be applied. “[There are] other things we probably haven´t even considered yet” he told Global Gaming Business, “but you have to start somewhere”. Initially the shared liquidity agreement would be limited to online poker, with online casino games a consideration for the future.

Why the UK Rather than Nevada?

In the interview, Rebuck ruled out a shared liquidity agreement with Nevada for the present. With 888/WSOP.com being effectively the only regulated operator in Nevada, and PokerStars banned by the state´s bad actor clause until February 2018, Rebuck explained that regulators from the two states had spoken with each other but “the fact we’re limited to one operator makes it a difficult proposition to make to our other operators.”

Undoubtedly a shared liquidity agreement with Nevada could be something we see in a couple of years´ time but, for the present, Rebuck is focusing on the potential for shared liquidity between New Jersey and the UK.  “We’re very serious about this,” he said. “We want to move it along as quickly as possible so iGaming in New Jersey will continue the impressive growth we’ve shown over the last 15 months.” The letters sent to the potential operators have requested a response by 1st August.

Rebuck was very optimistic about the potential for shared liquidity. He commented that New Jersey has 9 million residents and the UK 63 million residents, and that it would mean a “massive increase in liquidity for New Jersey operators”. However, if a shared player pool was to become a reality, would it be as successful as the NJDGE Director hopes?

Furthermore, when you consider that most valuable New Jersey tournaments have a prize pool of around $20,000 (compared to the Sunday Million), and the only time there is more than a hundred cash game players online in New Jersey it is 4:00am in the UK, you would have to conclude that shared liquidity between New Jersey and the UK is a nice idea – but it has little chance of being successful.