With the U.S. online gaming market set to explode in coming years as legislation in individual states advances, overseas companies would like to be included. 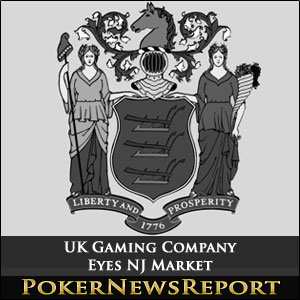 With the U.S. online gaming market set to explode in coming years as legislation in individual states advances, overseas companies would like to be included.

One way to guarantee participation is by partnering up with a land-based casino and providing the gaming software or geolocation services required to run an online poker and/or gambling operation. Another way is to just buy or build a casino.

A UK gaming company has chosen the latter in announcing that it has secured the required investment capital to either acquire or build a casino in New Jersey. 2UP Gaming has revealed that it has more than $330 million in funds and a letter of intent from an investment group in Asia in order to plant itself in Atlantic City, northjersey.com reported.

2UP is based in the UK and operates 2up.com on the strength of a Curacao gaming license. Its online poker and casino offerings have been rolled out on a trial basis.

This is not the first time that a foreign-based gaming company has gotten the idea to enter the U.S. Internet gambling space by way of Atlantic City casino ownership. PokerStars tried it several months ago but licensing technicalities in the acquisition agreement with the Atlantic Club allowed the casino to back out and keep $11 million that PokerStars had tossed into the pot to date.

It would seem that 2UP could go the cheaper route by purchasing an existing casino, as several are rumored to be on the shopping block. Casino sales in recent years have been finalized for less than $50 million. However, the investors have not ruled out going in a more glamorous direction and erecting a brand new casino of their own.

The aforementioned letter of intent reportedly has a deadline of Sept. 9, 2013. Without an agreement in place with a New Jersey casino by that date, the offer will expire.

New Jersey gaming officials required existing casinos in the state to name their partnerships with gaming providers by the end of last month. All except two have done that, the Revel and Atlantic Club being the only holdouts. Whether that means the pair will not be joining the other ten casinos when online poker and gambling is launched in late November remains to be seen.