Citizens Advice is calling for a ban on online credit card deposits to prevent players spending more than they can afford. The UK´s Gambling Commission looks likely to support the measure, which could have implications for all online gamblers who fund their accounts by credit card. 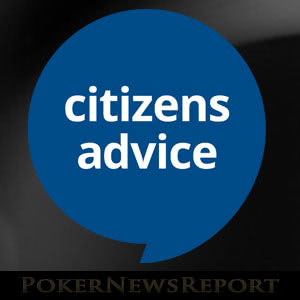 Citizens Advice is calling for a ban on online credit card deposits to prevent players spending more than they can afford. The UK´s Gambling Commission looks likely to support the measure, which could have implications for all online gamblers who fund their accounts by credit card.

In the UK, it is estimated there are 430,000 problem gamblers and a further 2 million people at risk of developing a gambling addiction. In order to help combat the problem, UK operators are supposed to contribute 0.1% of their revenues to GambleAware – an independent charity set up to fund research, education and treatment services in the UK.

As the contribution is voluntary, many UK operators fail to pay – leaving support services for problem gamblers under-resourced. According to the UK´s charity network – Citizens Advice – only 8,800 problem gamblers received any help last year. Now the organization is calling for a series of measures to be introduced to address the situation, including a ban on online credit card deposits.

Changes Will Mean Less Money for Promotions and Bonuses

Details of the measures were released in a report submitted by Citizens Advice to the UK Government´s Department for Digital, Culture, Media and Sports (DCMS). The Department is conducting a review of the UK´s gambling regulations, which is likely to result in some significant changes to the UK betting industry. As the UK´s Gambling Commission is regarded as the leading regulatory authority in the world, the changes could be adopted by other countries and have implication for gamblers everywhere.

The first likely change concerns a UK-exclusive problem – Fixed Odds Betting Terminals (FOBTs). FOBTs are electronic slot machines found in betting shops on which gamblers can play a range of casino-style games. Gamblers can bet up £100 on the spin of a reel or on a simulated horse race, and these machines are so popular, it is estimated they provide betting operators with around 50% of their revenues – a figure that might soon change if the maximum bet allowed is reduced to £2 as is expected.

The second likely change relates to the voluntary contribution made by operators to GambleAware. Citizens Advice wants the contribution made mandatory and increased from 0.1% to 1% of revenues. The increased contribution – along with the reduction in income from FOBTs – will have an impact on operators´ profitability, leaving less money available for player promotions and bonuses. If implemented, the change will affect every online poker site and casino with a license to operate in the UK, and will mean there is less money to go around in other jurisdictions.

Ban on Online Credit Card Deposits Would be Most Significant Change

Most jurisdictions allow gamblers to fund their online action with credit cards, but that facility could soon be coming to an end in the UK. Back in 2011, a survey conducted by the UK Gambling Commission found the majority of online gamblers use credit cards to make deposits and, at the time, fears were raised about how this could lead to an increase in problem gambling. Since the 2011 survey, the number of problem gamblers in the UK has reportedly risen by a third.

The proposed ban on online credit card deposits is seen as a way of reducing the risk gamblers will bet more than they can afford. The proposal has been welcomed by the UK Gambling Commission, who are keen to raise awareness that problem gambling not only affects the person with the problem, but also those around them. It was recently reported more than 50% of people who have a problem gambler in their lives suffer mental health issues as a result of the problem gambler´s behaviour.

Should the proposed ban on online credit card deposits go ahead in the UK, other regulatory authorities may follow suit. Despite the reported increase of problem gambling in the UK, some European countries have a much higher “problem gambling prevalence” according to a report by the International Gaming Research Unit of Nottingham Trent University. A ban on online credit card deposits may be seen as a way to reduce problem gambling in other countries such as Belgium, Spain and the Netherlands.

The consultation period for the DCMS´ review of the UK´s gambling regulations has now closed, and the Department will be making its recommendations to the UK´s Government in a few weeks. Whether the recommendations will include a ban on online credit card deposits is not known, and the UK Government is not compelled to act on the recommendations. However, the Gambling Commission has the authority to amend its Licence Conditions and Codes of Practice without government approval, so the measure could be implemented regardless of the DCMS´ final report.