While Nevada launched real-money online poker this week, players in other states are not faring as well considering recent actions by lawmakers. 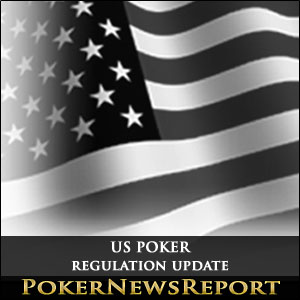 While Nevada launched real-money online poker this week, players in other states are not faring as well considering recent actions by lawmakers.

An attempt to attach online poker legislation to a budget bill in Massachusetts was unsuccessful as lawmakers removed the Internet poker amendment.

The proposal would have licensed three “Internet card rooms” to be operated within the state. Not coincidentally, that is the same number of brick and mortar casinos that have been approved under legislation passed in late 2011. The land-based sites are scheduled to open beginning in 2016. Unless lawmakers introduce another online poker bill before that time, the casinos will apparently open without the inclusion of Internet poker regulations.

The Massachusetts House passed the $34 billion budget bill for 2014 in a vote of 127-29 less the online poker amendment. That was one of 900 amendments that lawmakers sifted through over the course of three days before voting on the measure. One such amendment that was approved by legislators was putting $100,000 into the budget for the family of slain MIT police officer Sean Collier. The officer was allegedly killed by the Boston Marathon bombing suspects.

Several lawmakers are apparently upset with the proliferation of live card rooms throughout the state and have introduced anti-poker legislation.

Currently, Oregon statutes permit the card rooms to offer poker as long as a rake is not taken from the pot. Admission fees along with food and beverage sales allow the establishments to profit. However, so many of the card rooms have sprung up as of late that legislators have become concerned. Bars and taverns have also been hosting poker tournaments.

The House Rules Committee is set to discuss the proposal to shut down the clubs, with many believing that the state’s social gaming law established over 20 years ago did not intend for the overwhelming number of card rooms. The new legislation would allow poker for only fraternal, religious and charitable causes.