Several states such as New York, Delaware, Hawaii and Iowa are either moving forward or failing to make progress in recent online gambling initiatives. 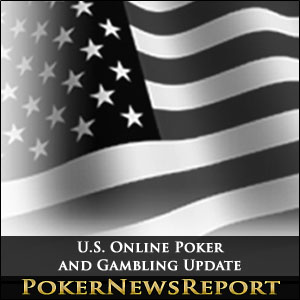 Several states such as New York, Delaware, Hawaii and Iowa are either moving forward or failing to make progress in recent online gambling initiatives.

New York’s Senate and Assembly both outlined budget priorities this week, with the Senate proposing the legalization of online poker as a means to generate revenue.

Senators Jeff Klein and Dean Skelos are seeking to regulate online games of skill, including poker, and to reclassify such games as not identifiable as gambling pursuant to the Illegal Gambling Business Act (IGBA). The lawmakers were apparently swayed by a federal judge’s ruling last August in U.S. v. DiCristina in which poker was found to be predominantly a game of skill.

Nearby states such as Delaware, New Jersey and Pennsylvania have either enacted or are proposing online gambling bills. So it is not inconceivable that New York may eventually also get in on the game. However, no actual online poker bill has yet been introduced.

Delaware Vendors Must Bid by Friday

Delaware gaming officials are intent on having online gambling sites up and running by Sept. 30 and have set Friday, March 15 as the deadline for vendors to submit proposals.

After all such proposals are tabulated, the Delaware Lottery plans to hear presentations from vendors and schedule meetings to work out details. The oral presentations of vendors desiring to provide services in the areas of operations management, technology, game content, and support services are tentatively set for April 1-12.

The state is confident that it can meet its Sept. 30 target date and estimates a revenue windfall in the neighborhood of $7 million per year.

Sen. Jeff Danielson’s proposal of an online poker bill failed to move forward in an Iowa Senate subcommittee. Danielson’s initiative met the same fate as a similar bill that he proposed last year. If Danielson is persistent and believes that the third time may be the charm, he will have to wait until 2014 to try again.

An online poker bill in Hawaii also landed in the muck. The bill was able to survive the scrutiny of two separate committees, but died in the House Finance Committee. Hawaiian lawmakers continue their malaise in supporting gambling legislation of any kind, as Hawaii remains one of two states with no forms of legalized gambling.