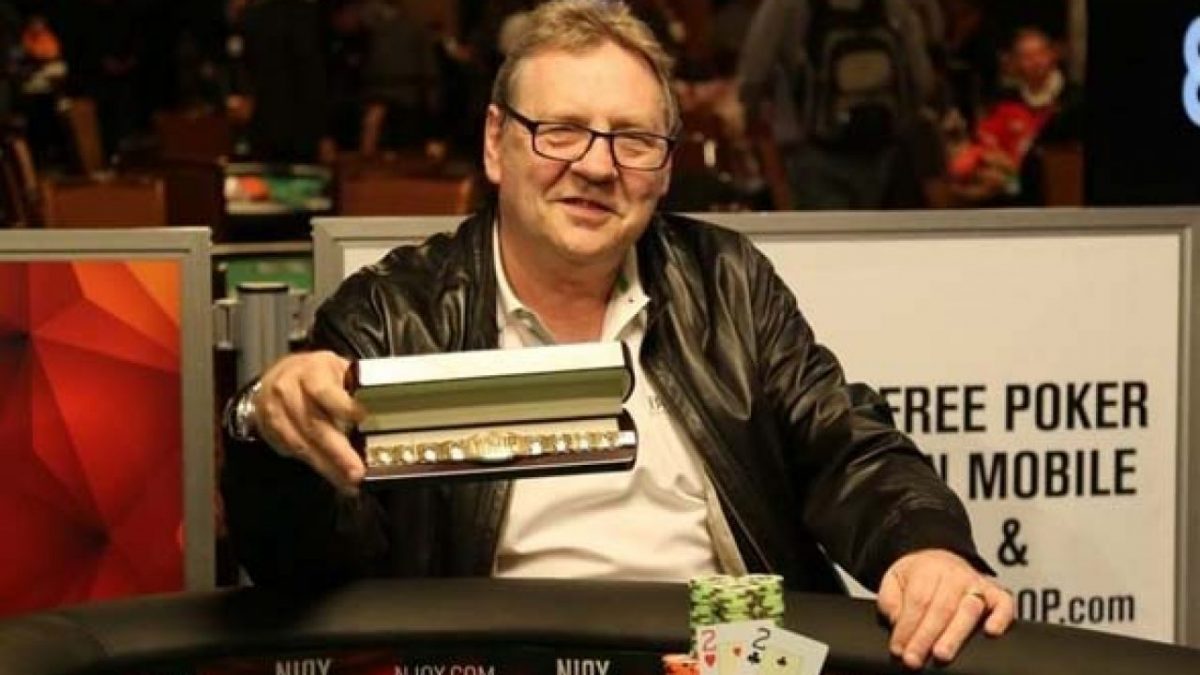 John Gale, a legendary poker player from the UK and a two-time winner of a World Series of Poker bracelet, has passed away. Gale had been struggling with a brain tumor from 2012-2015, which could be one of the main reasons why his health deteriorated lately, causing an untimely death at the age of 65.

Who Was John Gale?

The legendary poker player was born on Dec. 13, 1953, in London, England. He did not immediately start playing poker and focused on his job of being a management consultant. In fact, the first time he entered a professional Texas hold ‘em competition was in 2004.

From that point on, he started building a name for himself and had quite a success in the poker world.

One of the things that increased his popularity by far was when he managed to qualify for the World Poker Tour tournament called PokerStars Caribbean Poker Adventure that took place in the Bahamas back in 2005. He enrolled in an online satellite tournament and ended up winning the tournament at the Bahamas and earning $890,600 along the way.

At that time, Gale was still working as a consultant, but he decided to make a significant change in his life. Therefore, he sold his company and started focusing on poker full-time, with the card game becoming his primary occupation in life.

After selling the company, Gale went on the European Poker Tour the very next month and managed to achieve four money finishes in the 2005 World Series of Poker. His best WSOP success at that point was a second-place finish in a pot-limit hold ‘em event where he lost in heads-up play against Brian “Rookie” Wilson. However, he completed his 2005 WSOP run without a bracelet.

The next time Gale won a gold bracelet was 10 years later at the 2015 WSOP by beating Gary Luther in heads-up play. He managed to win a $1,000 Turbo No-Limit Hold ’em event (which was labeled Event No. 18), securing $298,290 along with the bracelet. At that time, Gale was already in a state of deteriorated health caused by the brain tumor.

His total live earnings were $3,893,839, and his best live cash was the one he won at the Bahamas. Gale sits in 387th place of the all-time money list. However, his earnings made him quite popular in his home country of England, where he currently occupies 19th place on the England All-Time Money List. During the peak of his career, he was 78th on the All-Time Money List.

Gale won two gold bracelets in the World Series of Poker and had a total of 10 money finishes. The highest he got in a WSOP Main Event was 522nd in 2006, the same year he won his first bracelet.

When it comes to the World Poker Tour, Gale managed to achieve one title, reach the final table twice and have a total of four money finishes.

He also participated in the European Poker Tour, where he had a total of three money finishes, though he never made it to a final table.

Gale was married to Shirley Gale, and the two of them had four children. He will be remembered as an outstanding poker player and a good person. The poker community on Twitter already expressed their grief about the loss of the beloved fellow card player.