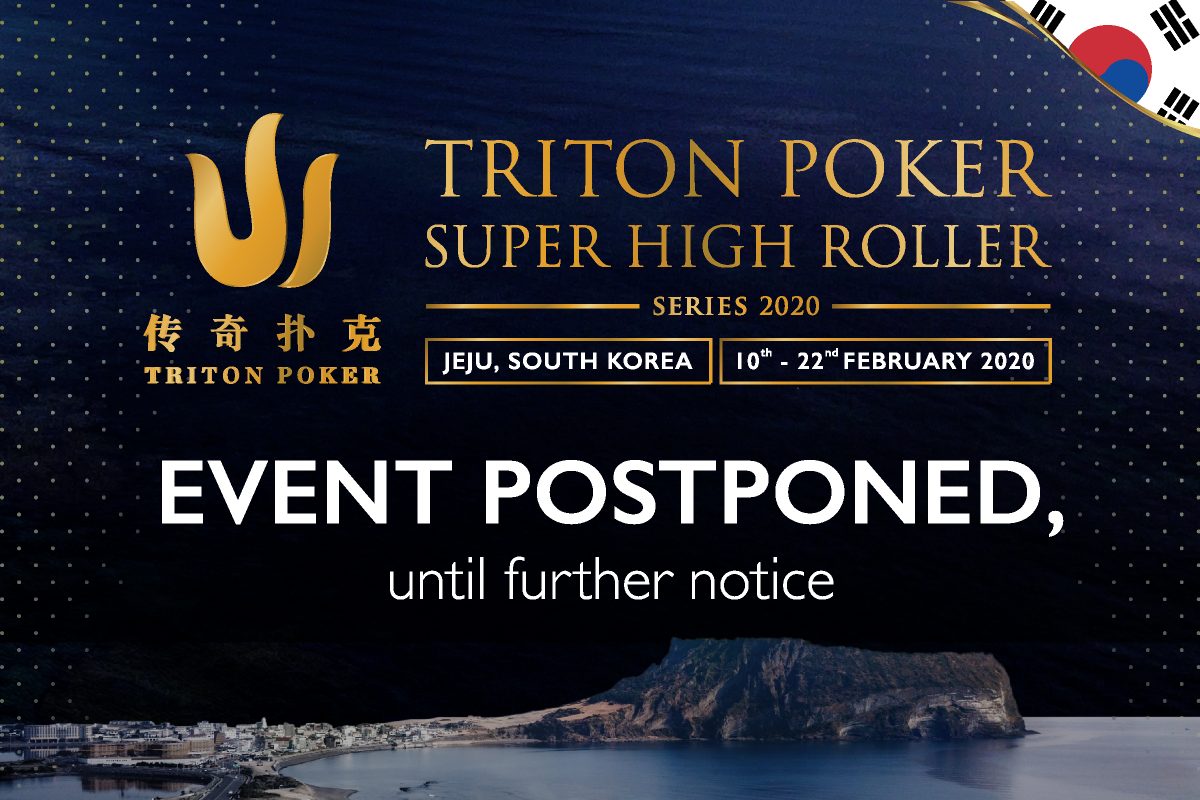 The coronavirus is still spreading very quickly in China, but several cases are also noted in numerous other countries, including South Korea. There are a total of 15 cases reported so far, although things seem to be under control at the moment.

China has taken several very strict measures to try to prevent the virus from spreading, but South Korea is also careful when it comes to this virus. Triton Poker Super High Roller events that take place in Asia usually attract a lot of tourists from the countries that are part of this continent, including China.

That’s why Triton Poker Super High Roller, which was scheduled to start on Feb. 10 in Jeju, has been officially postponed, according to an announcement on the site.

In the announcement, the organizers of this event stated that the safety of players and support staff was the “utmost priority” for them. The press release adds that they had taken “the difficult but correct stop of postponing the event.”

The stop had an immediate effect, meaning all operations concerning Triton Poker Super High Roller in Jeju have been shut down. Therefore, one of the stops of Triton Poker is likely to take place at another time, when the coronavirus epidemic slows down and is under control.

The statement concludes with the info that another official announcement would be released on Feb. 10, which was originally planned to be the starting day for the tournament.

The Original Plan — What to Expect

At the moment, there is no information on whether there will be changes when it comes to the planned events. The festival was to last for 12 days, and there were 12 events scheduled, which is far more compared to 2019 when a total of seven events took place. The first-ever Jeju stop was back in 2018 when only five events were active.

This year, the plan was to make the biggest Jeju stop ever, as all of the events were very popular and were expected to attract some of the best poker players at the moment from all around the globe.

The events that are planned for the 2020 edition of Triton Poker in Jeju are all rather expensive and aimed mainly at players who can afford to take part in such tournaments. These all happen to be poker professionals from all around the globe.

Nevertheless, all of that may change since the event has been postponed. Right now, many players and poker enthusiasts who enjoy watching this event are waiting for the new update, which will be released on Feb. 10, to find out additional information on the next possible date for it.