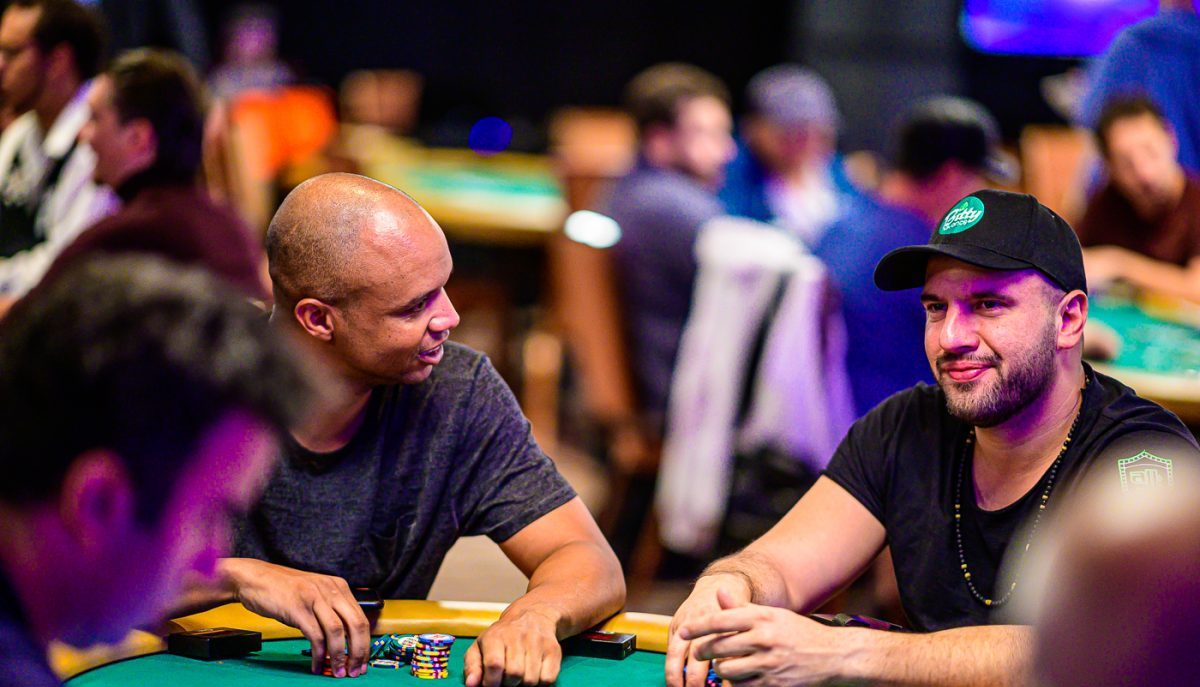 Trash talk — you love it or you hate it. Some people think that it’s an inevitable part of every game and that it has the power to demoralize your opponents. This is also applied to poker, as some players really enjoy doing this sort of thing to other players. Naturally, there’s always a line that you shouldn’t go over when you engage in such activity.

Yet, it seems that the rules are simply different in online poker, and trash-talking seems to be more frequent and way over the line.

The sheer fact that other players are far away from you can seem like a good opportunity to practice trash talk. However, it seems that some people simply have no control when they open the chat window.

They would often curse and use some really offensive words. That cannot always be considered trash talk. It’s often plain insults that you’re seeing.

Therefore, it’s very important to make a distinction between players who trash talk as part of their strategy from players who are just tilting and want to insult you. You don’t want to be the latter. However, if you want to consider using trash talk as your strategy, you need to be rather careful.

When you trash talk, even in online poker, you have to do it in style, so that the other player gets a bit more discouraged, especially if it’s an important hand.

Yet, you cannot see their reaction to your trash talk, nor can you analyze what exactly you need to say. You often don’t have an idea whether the other player is a male or female, old or young, and more.

Therefore, the best scenario is just to avoid any kind of trash talk if possible when you play online. You never know what kind of effect it may have on other players, as you don’t know whether they are really motivated or have no motivation at all.

Simply put, you don’t have any feedback on their emotional state, and trash talk can have different effects than you expected.

Trash talk is not really common in live poker, although it exists from time to time, and only some players use it. It’s still very important not to cross the line. Simply put, if you do, you can receive an answer to your talks that can be rather physical in nature, and you definitely don’t want to start a fight at a poker table.

Still, using this strategy from time to time is effective if you see that other players can be somewhat discouraged by it. Once again, make sure not insult, but stick to playful negging that will make your opponents think twice.

In other words, you want to be Tony G in his playful table banter mood rather than Phil Hellmuth when he tilts and starts yelling at other players.

Trash talk isn’t necessary for poker at all, but it’s not forbidden to use it from time to time as part of your strategy. However, many players consider this type of behavior bad etiquette and will simply not like you as a player if you do this kind of thing all the time.

The bottom line is, use it rarely and only in specific situations. Moreover, use it only against the players that you think might get discouraged by your trash talk and make a wrong decision. Above all, make sure to keep it light and have fun along the way.