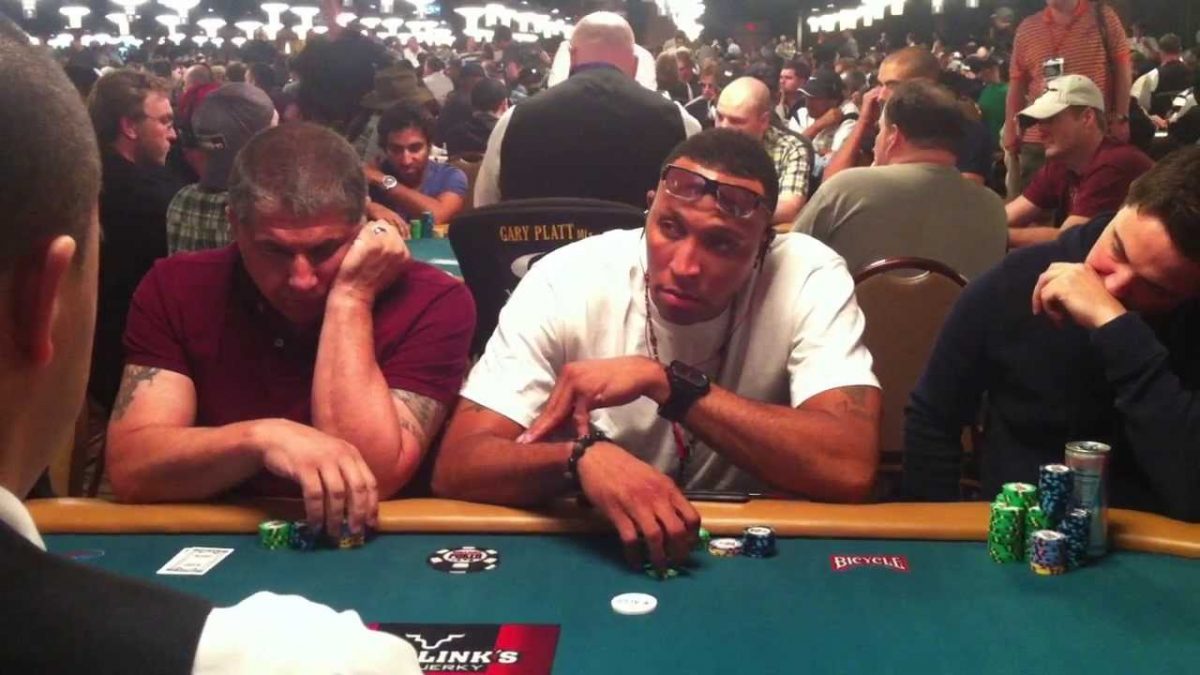 Poker is a card game, but it is also a sport of a sort. Although players do not have to display great athleticism, they still love the competitiveness that exists in the game. That’s probably one of the reasons why many professional athletes also enjoy the game of poker.

Today, we’re going to focus on the players from the National Basketball Association. When the big guys sit down at the poker table, they definitely don’t like to see twos and threes which they enjoy on the court.

Without further ado, let’s see who are some of the popular NBA players who enjoy a good game of poker. Read on!

Paul Pierce spent a total of 19 seasons in the NBA and played some really good games. Apart from his success on the court, he also loved to play cards, and even managed to achieve some significant results, including winning a $40k pot on Poker After Dark’s event “GOAT Week.”

Tony Parker’s success in the NBA, as well as the national team of France, is undeniable. The legendary basketball player won the NBA championship four times and is currently in first place on the San Antonio Spurs’ all-time assists leaderboard. He received numerous accolades and awards, including being inducted into the Legion of Honor.

Parker was married to Eva Longoria, a popular actress, with whom he organized poker tournaments back in 2006. Moreover, he was also associated with a popular poker site in France and took part in numerous live poker events.

Andrew Bogut, the legendary Australian basketball player and member of the Milwaukee Bucks and Golden State Warriors, among other teams, was often described as the self-proclaimed “best poker player in the NBA.” Although basketball was his primary focus, it seems that the card game also played an important role in his life.

Shawn Marion is one of those players that changed a couple of jerseys during their NBA career but managed to achieve success with one — the Dallas Mavericks. He spent a total of 16 years in the NBA and recorded one title in 2011.

However, he also loved to play poker. His success is even recorded on HendonMob — this fact alone proves how much he loved poker. Marion had a couple of successful deep runs at the World Series Of Poker. However, he never managed to earn any live cashes in his poker career.

Although he is currently playing for Houston Rockets, many will remember the legendary poker player for his success with the Oklahoma City Thunder, where he spent more than a decade and managed to earn awards galore. Westbrook has made it to the NBA All-Star Game a total of eight times, and he even won two consecutive All-Star MVP Awards too back in 2015 and 2016.

Westbrook loves a good game of poker, and he even took part in several official events. The poker industry is definitely going to remember him for one thing. This guy managed to win against Tiger Woods in a WPT event that was supported by the golf player himself. This is actually one of the more interesting moments of poker history — two exceptional athletes playing poker together.

This was the list of some of the popular NBA players who also love poker. However, the list definitely doesn’t end here. There are many other basketball players who enjoy playing poker, either just with their friends or in professional tournaments. Some of the names that deserve an honorable mention in this article are Seth Curry, David Lee, Chris Paul, and others.