A bill that would allow for the opening of five new casinos in Illinois is being held up by a last minute tax debate. 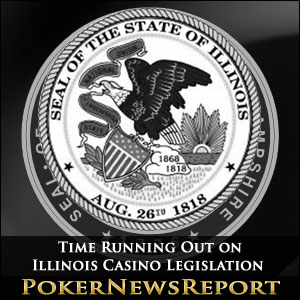 A bill that would allow for the opening of five new casinos in Illinois is being held up by a last minute tax debate.

The US state of Illinois is poised to pass a new gaming expansion plan that would see the opening of five new casinos, the addition of slots at racetracks such as Arlington Park and a statewide increase in the number of gaming positions. Although an earlier version of the bill was vetoed by Governor Pat Quinn, a series of amendments have been made to resolve most outstanding issues. The last major hang-up is being caused by a heated debate over casino tax rates.

The Senate is confident that a compromise can be reached soon, but time on the current legislative session runs out on May 31, leaving only a precious few days for the debate to be settled. Casinos in Illinois are taxed based on revenue, with top earning casinos required to pay higher tax rates than lower earning ones. The bill proposes to change these rates, in an attempt to lower taxes for some of the state’s casinos.

According to the latest proposal, casinos making less than 300 million dollars per year but more than 200 million would be taxed at a 40 percent rate, while only those who made 800 million dollars in revenue or more would be subject to a 50 percent tax. The bill, entitled Senate Bill 1739, is sponsored by Rep. Bob Rita, who wholeheartedly believes that a compromise will be agreed upon in the next couple of days.

Already approved by the Senate, the gaming expansion plan will allow for a major casino to be built in Chicago, as well as the building of four other casinos throughout the state. However, until recently Gov. Quinn has been hesitant to pass the bill, calling into question its ethical standards.

Other minor issues that need to be resolved by the 31st include pension reform and the proper regulation of the Chicago Casino. Rita is extremely confident that these issues will be resolved without further delay.