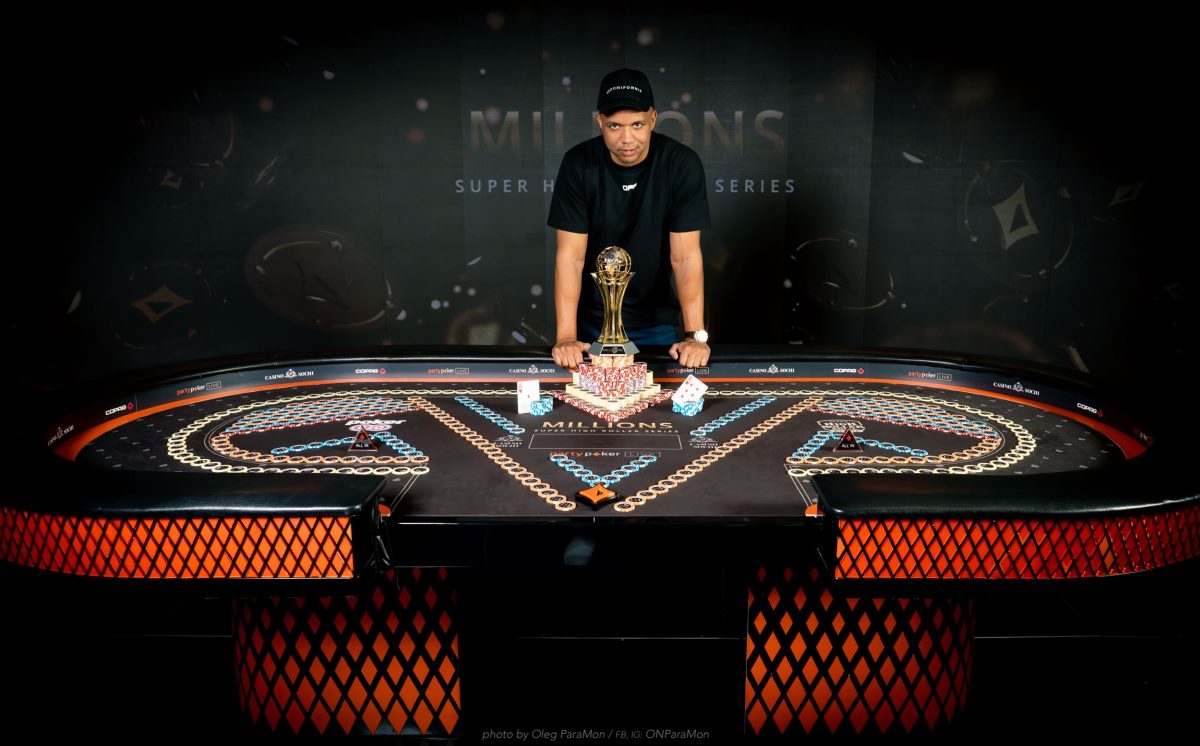 The tournament in Sochi saw Phil Ivey back at the poker table, and he proved that he is back in business and that he is more serious than ever. After two years with no victories in major poker tournaments, the Tiger Woods of Poker finally decided that it was high time he stepped up his game to return to the poker throne.

As the partypoker LIVE MILLIONS Super High Roller Series Sochi festival is coming to an end, Ivey showed that he was not fooling around as he managed to make it to the final table in several events, even reaching the heads-up play in one.

It was only a matter of time when this talented poker player is going to win one of the Sochi events, and that happened to be a $50,000 Short Deck event.

Before that, his last victory was in a 2018 Triton Poker Super High Roller Series that took place in Montenegro, when Ivey won 250K Short Deck Event and snatched a total of HK$4,479,200. The latest event also turned out to be a short deck event.

A total of 55 players applied to take part in this event, creating a prize pool that reached $2,750,000, and Ivey managed to snatch the biggest chunk of it. The top eight players were the only ones to share the prizes from the pool among themselves.

The UK poker professional, Stephen Chidwick, was the one to burst the bubble, leaving the event with no money in his pocket. It was Michael Soyza who made an all-in push against Chidwick, who called with ace-nine.

However, he couldn’t do anything against Soyza’s ace-king and had to leave the game as the ninth-placed player.

The first player to end the game with money in their pocket was Thai Ha from Vietnam, who won a total of $107,000, after falling victim to talented Sergi Reixach from Spain. Soon after that, it was Dmitriy Kuzmin from Dominica who had to hit the rail, winning a total of $133,760 for his effort.

After the two of the players from the money list dropped out, it was time to create the official final table. The player with the most chip at that point was Malaysia’s Michael Soyza, who managed to further improve his position by clashing with Sam Greenwood and taking all his chips.

Greenwood had to drop as the sixth-placed player and won a total of $160,510.

After that, it was Ivey’s time to strike and improve his position by sending Reixach to the rail. He opened with 300,000 in late position, and Reixach decided to jam for 1,260,000 with ace-queen in his pocket. However, Ivey had ace-ten and flopped another ten, only to get a full-house on the river, which was the end for the Spanish player.

The heads-up play saw Soyza entering with a chip lead. At that moment, Ivey had 6,300,000, and Soyza entered with 9,600,000. Both players started very aggressively, and the chip lead changed hands several times during the heads-up.

However, it was Ivey who won the event in the end, with Soyza taking the consolation prize of $561,780.