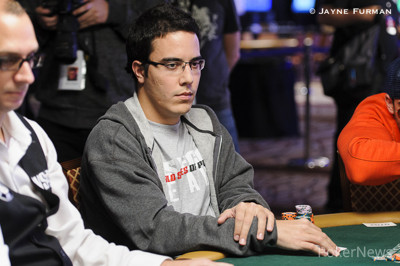 Three more WSOP bracelet winners were crowned on August 9, with the headliner being the $150 buy-in GGMasters WSOP Edition, which attracted an impressive 9,835 entries. The event had a $1,000,000 guarantee.

The other big event was the HK$8,0000 NLHE Asia Championship.

The three bracelet events totaled over $7.5m in prize money.

Brazil is receiving attention due to the players’ deep runs at the WSOP, live in Las Vegas, and on the GGnetwork. Assuncao Garla’s victory was the third and is joined by three runner-up finishes during the first half of the festival.

Assuncao Garla’s best performance came a few years back in 2014 when he took 34th place in the WSOP Main Event, taking a prize of $230,487. He became the 8th Brazilian to enter the winner’s circle.

Anatoly “Pohitrusha” Suvarov took Event #57: $150 GGMasters WSOP Edition after 14 and a half hours of play. He made it through the field of 9,835 players to go one-on-one with David “Duvidl18” Edelstein, which lasted over an hour.

The victory gave Suvarov his first bracelet, and it was better than his biggest live score, which was in 2011 during the Merit Fall Open, Kyrenia.