The Real Story behind the Chinese Poker App Ban

Earlier this week, the news broke that play money poker apps are to be banned in China from the beginning of June. Mainstream news outlets claimed the ban was the equivalent to “Chinese Black Friday” – but nobody clearly explained why it was such bad news. After all, they are just play money apps – or are they? 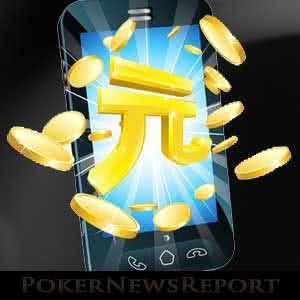 Earlier this week, the news broke that play money poker apps are to be banned in China from the beginning of June. Mainstream news outlets claimed the ban was the equivalent to “Chinese Black Friday” – but nobody clearly explained why it was such bad news. After all, they are just play money apps – or are they?

Playing online poker for real money in China is illegal except for in the administrative regions of Macau and Hong Kong. Elsewhere, Internet gamblers can get some officially-sanctioned action via online lotteries; but, as a rule, most tend to bet illegally. It has been estimated the volume of illegal gambling in China is ten times that of legal gambling activities – which in 2016 was close to $28 billion.

Chinese gamblers get around the ban in a number of ways. Some use VPNs to access offshore casinos and poker sites. Others use temporary gambling sites that are shut down after a handful of sessions to avoid detection. These sites are difficult to get money onto and off of because Chinese-owned financial institutions are very watchful about where money is being sent and where it is coming from.

Although unregulated cryptocurrencies are one solution, many Chinese poker players use the “agent system” to get around the ban. The agent system involves registering with an agent and joining their “club”. Players download play money poker apps and are given a password to join the club´s tables. The games take place on the play money poker apps, with each play money chip having a real money value.

Buy-ins are paid to the agent, who also pays out winnings after deducting a rake for organising the clubs. It is similar to setting up a password-protected play money Home Game on PokerStars and settling up with your mates off the virtual felt once the game is finished. However, there are risks attached to using the agent system and not so many benefits as playing on a poker site in a global player pool.

The Risks Attached to Using the Agent System

The risks attached to using the agent system are similar to those associated with unregulated poker sites. You have to take it on trust you will be able to play in the games after paying your buy-in and that you will get paid out if you win. Some players never receive their passwords after parting with their funds, or fail to receive their winnings after a successful session.

There are also no player protections against cheating and collusion – a risk not exclusive to unregulated poker sites, but more likely when everybody is playing via mobile apps. Although some play money poker apps have introduced safeguards to prevent multiple accounts being created from the same IP address and prevent players in the same physical area playing at the same table (via GPS), not all do.

The agent system also lacks the benefits most players associate with online poker – deposit bonuses, player reward schemes, promotions and the opportunity to play in a global player pool in which it is possible to win life-changing amounts of money for a modest stake. Despite the risks and the lack of benefits, it is estimated more players use the agent system than play on “regular” online poker sites.

The reason for the popularity of the agent system is because it is not exclusive to China. The system is used in the US and Australia to circumnavigate prohibitions on online poker and in other countries where it can be difficult to get fiat currencies on and off regular online poker sites. A quick around the Apple App Store and Google Play Store shows play money poker apps downloaded millions of times.

Why Would the Chinese Want to Ban Play Money Poker Apps?

The ban on play money poker apps appears to be an extension of regulations introduced in 2016 to control the online gaming (not gambling) industry. These regulations prevented non-resident gaming companies – and domestic companies not issued with an “Internet Culture License” – from charging for in-game purchases (think Candy Crush and the option to buy powers and gold bars in the Candy Shop).

Having tackled gaming addiction successfully, Chinese authorities appear to be using similar tactics to tackle the more substantial problem of gambling addiction. Unlike in most countries where gambling exists, there is no officially-sanctioned treatment for gambling addiction in China. Anyone who publicly admits they have gambling problem is likely to find themselves visiting a mental health institution.

This is despite gambling historically being regarded as an acceptable form of socialising in China. Unfortunately for some, gambling has become a coping mechanism in an increasingly-competitive society, which deteriorates into an addiction. Rather than acknowledge the problem and put measures in place to address it, the authorities are using a process that has worked in the past – prohibition.

Making online poker games harder to access will likely fail to achieve the desired effect. Gambling addicts will find other avenues through which to “scratch their itch”, and the likely consequence of the ban on play money poker apps is that genuine recreational players will have one of their most enjoyable pastimes denied to them. Effectively, the Chinese authorities are trying to address the problem, but in the wrong way. That´s the real story behind the Chinese poker app ban.