It is rare for seven days to pass without exciting news from PokerStars – this week is no exception after they launched their fast-moving Zoom Poker yesterday. 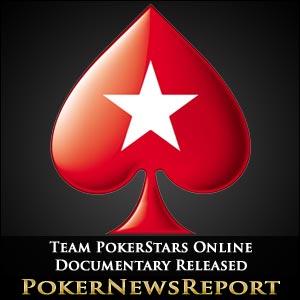 It is rare for seven days to pass without some exciting news from PokerStars – and this week is no exception after the world’s biggest poker room launched their fast-moving Zoom Poker yesterday.

However, that’s not all from PokerStars this week as today sees the release of a short documentary on video sharing website YouTube about Canadian Team Online member Tyler ‘frosty012’ Frost.

The Team PokerStars Online movie focuses on the 24-year old Vancouver resident, who has now been playing poker professionally for the past two years after first taking up the world’s greatest game while studying for a political science and economics degree at university.

The cash game specialist started making money during holiday breaks – and in fact made $30,000 in one summer vacation between June and August – before graduating from the University of British Columbia in 2009 with a Bachelor of Arts degree.

Frost then turned pro, grinding away at mid-stakes ring games – at as many as 24 tables at one time – to eventually gain a place among the Supernova Elite last year, while his best finish at the virtual left so far was a second place in a $33 buy-in PokerStars tournament, although he is determined to take down a big MTT (multi-table tournament) as soon as possible.

However, while the young pro enjoys his time at the tables, he believes that players really ought to strive for a healthy balance between poker and a social life, so ensures that he regularly takes time out to visit friends, update his blog at frosty012.com – where he discusses his passion for sports such as ice hockey, tennis, golf, wakeboarding and snowboarding, as well as his experiences dating girls – and provide fans and followers with regular updates on his Twitter account at twitter.com/frosty012.

If you fancy watching the documentary, check it out at http://www.youtube.com/watch?v=Y_Y7wkiIrrw.

Meanwhile, Zoom Poker kicked off yesterday at PokerStars as thousands of players took the virtual tables to play in the event that was developed to take fill the gap left by the now-defunct Rush Poker that was staged by fraught website Full Tilt Poker.

The speedy ring game finally arrived for real money play in the beta testing stage of its development, so allowing players to incredibly fold as many as 300 hands in an hour due to the ‘fast-fold’ facility that allows entrants to instantly be dealt a new hand after mucking their cards out of turn.

Players take part in a pool event that allows as many as 1,500 players to compete in Six-Max No-Limit Hold’em or Pot-Limit Omaha poker.

PokerStars are hoping to roll out the new promotion across the board at some point soon, but right now it is only available in the $2, $5 and $10 buy-in levels of No-Limit Hold’em and the equivalent in Omaha.

While Zoom appeared to run smoothly enough, a PokerStars spokesperson pointed out that some issues were reported, adding that “there might still be a few little bugs and things to work out before the higher stakes get here.”