A new controversy over the regulation of online poker in Spain is threatening to drive many poker companies out of the country – possibly leave one site with a monopoly. 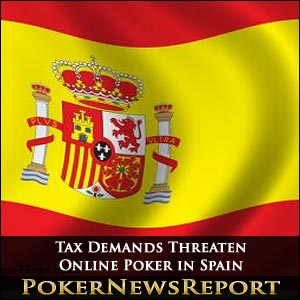 A new controversy over the regulation of online poker in Spain is threatening to drive many online poker companies out of the country – and possibly leave one major site with a virtual monopoly.

The already-delayed introduction of regulated online poker in Spain was due to take place on June 1st, but an eleventh-hour tax demand by a bankrupt government has made many of the companies which had applied for licenses think again about whether participation in the Spanish market is worthwhile.

Despite no regulation at all existing in Spain prior to 2011, the Spanish government has now asked [geolink href=”https://www.pokernewsreport.com/online-poker-rooms”]poker websites[/geolink] such as PokerStars, bwin.party and SportingBet/Miapuesta to pay taxes on their operations in Spain since 2008. For PokerStars, this could mean paying a tax bill of more than 200 million Euros before an operating licence is issued, while bwin.party and SportingBet/Miapuesta face tax demands of 60 million Euros and 50 million Euros respectively.

Even before this announcement, the train leaving Spain was full of online poker companies unwilling to pony up the significant amounts that were been requested for licences and in excess of 25 percent of their operating profits. Emails have been sent to clients of PKR, Paddy Power Poker, Unibet, Bodog and skins on the MicroGaming Network advising them that their accounts were being suspended, and only last week Titan Poker announced that they were no longer accepting deposits from Spanish residents.

Where Does This Leave Spanish Players?

Inasmuch as many Spanish poker players will now be exploring the options open to them, the future looks bleak for online poker in Spain. If PokerStars proceed with the purchase of Full Tilt Poker and the repayment of the former sites clients, it is not going to leave much spare cash to pay the ransom demanded by the Spanish government.

Bwin.party already have their focus on the US Market having just applied for a gaming licence in Nevada and clients of SportingBet/Miapuesta will see a notice on the Spanish web site that they too are not accepting deposits from residents of Spain until their operating licence is granted. Meanwhile the other big player in Spanish online poker – Bet365 – has no given any reaction to the news of the retrospective tax demand.

Who is the Big Winner in This Fiasco?

The possibility exists that one big winner could emerge from this fiasco – Groupe Bernard Tapie. Having backed out of the purchase of Full Tilt Poker, funds and investors are still available to Laurent Tapie and his family – who have had very few dealings with online poker in Spain and will not have a big tax liability should his application for an operating licence in Spain be accepted. 61 companies had applied for one of the 40 online poker licences available when the deadline for applications was reached last December. With the prospect of many companies now reconsidering whether they want a license or not, the door could be open for GBT to become the major force in Spanish online poker.

Here is PKR Poker’s noticifaction mail from the end of last year: 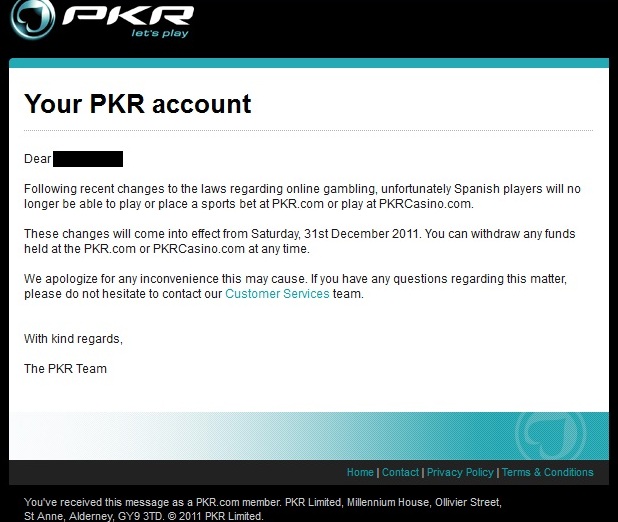 And here is the Spanish message from Miapuesta: 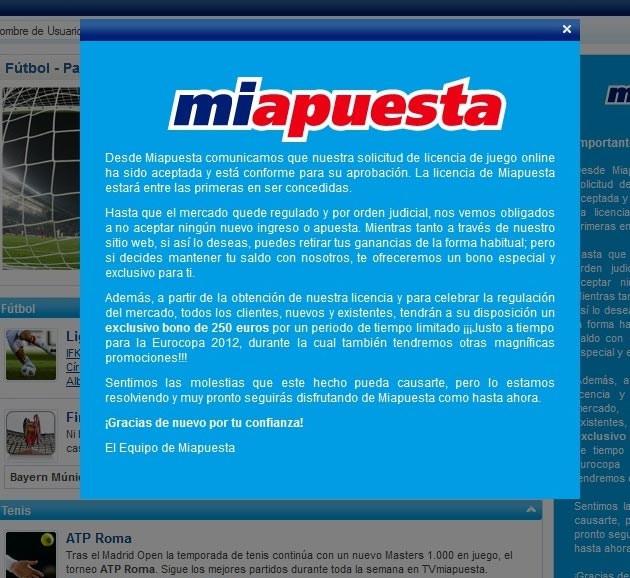