Switzerland has been reforming its gambling laws recently. The country has agreed to allow gambling operations to expand, but to root out offshore operators. 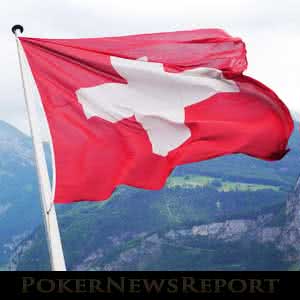 Switzerland has been reforming its gambling laws recently. The country has agreed to allow gambling operations to expand, but it has voted to root out offshore operators. Some have seen in this move an attempt to impose Internet censorship whereas others have construed it as the fulfilment of social responsibilities.

Switzerland has voted to block offshore and overseas gambling sites from accessing the country’s gamers. The move comes amid a major overhaul of the country’s gambling landscape spearheaded in a new piece of legislation called the Gambling Act.

The proposed changes don’t mean to introduce radical changes to existing laws, but rather they seek to impose safeguards against unregulated entities interfering into the domestic gambling industry. On June 10, the Swiss people casted their ballots during a national referendum rooting for the new legislation that forbids offshore operators to carry out activities in the local market. An estimated 72.9 per cent of all Swiss voters endorsed the proposed law.

The Die is Cast – What’s Next?

And so, Switzerland has shown an overwhelming support for barring unregulated entities from participation in the local gambling ecosystem. The law will come into effect next year and it will replace the current legislation, allowing only Swiss-certified gambling firms to carry out business on the territory of the country.

The new piece of legislation is both more liberal as it is censoring, as some representatives of the political fringes have claimed. The new Act strips a blanket ban that has hitherto restricted all online gambling operations. It’s restrictive, however, insofar as it only allows land-based entities in Switzerland to expand their activities online.

Yes-campaigners are happy with the results. According to Justice Minister Simonetta Sommaruga:

Voters prefer to continue the current policy, only allowing gambling under restrictions.

More endorsement came from Karl Vogler who has argued that the results of the referendum indicate a pragmatic way for Switzerland to fund civil society projects tapping into funds generated by the gambling industry.

The Government Has a Point

Swiss lawmakers in favour of the adopted changes certainly have a strong case on their side. The additional proceedings that can be gathered will be poured into the state coffers and could fund social projects. More importantly still is the fact that the government has been arguing in favour of the new law as it would serve as a stepping-stone to fight serious issues such as gambling addiction, but also to establish a clear framework for the taxation of all such proceedings. The majority of all tax-gathered money will go to combat the issues that stem from the activity thereafter.

Meanwhile, there has also been an opposition against the ban. Various representatives from the entire political spectrum of the country have argued against the ban on the premises that it’s too restrictive and threatening an “Internet censorship”.

However, as the No-campaigners conceded, garnering support for an initiative that outwardly competes for the rights of “gambling operators” is seldom successful.

The Opposition Speaks Up

The most significant piece of criticism the opposition has launched against the pro-campaigners has been their claim that banning offshore gambling websites would, in fact, be tantamount to censorship and that it interferes directly with “personal rights”.

Still, the government has extended a counter-argument, claiming that such measures are necessary to shield local players from unregulated entities who are not bound to local regulatory laws.

The Young Liberals, the Green Party, the Pirate Party and the Digitale Gesellschaft had all attempted to change the referendum and canvassed to gather 50,000 signatures in a period that spanned 100 days after October 2017. Falling short of their target within the allocated period, the No-campaigners managed to collect the last signatures belatedly and failed to introduce their changes to the final version of the referendum.

Still, the opposition remains firmly against what it sees as shielding of local monopoly from competitive foreign companies. Additional concerns about the freedom of business and information have also been voiced.

Lawmakers in favour also opined that the state earns $1,06 billion per year from the operations of Swiss-based licensed companies. This amount is then redistributed between the civil society and the state old age pension system.

In addition, Swiss players are reported to spend CHF250 million every year on unregulated betting sites. These offshore bookmakers are less inclined to help fight reckless gambling behaviour as they are beyond the reach of the authorities that seek to impose responsible gambling.

Europe is a patchwork of gambling regulations. While some countries batten down the hatches and entrench themselves, including Norway’s push for a ban on all foreign-based gaming companies, others such as the United Kingdom are dealing with the consequences of a market that has become too liberal.

In the UK in particular, the number of problem gamblers has been rising steadily despite the country’s wide range of NGOs and watchdogs that seek to uproot this. Meanwhile, the Netherlands is working on plans to attract more foreign operators as long as they are willing to establish local representation. It’s funny how the table has turned.