Switch Poker has redesigned its website to include a new reward program that awards players medals for achieving various milestones. 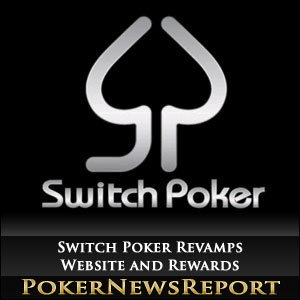 Switch Poker has redesigned its website to include a new reward program that awards players medals for achieving various milestones.

Billed as providing easier navigation and features that are more customer-friendly, the revamped website makes use of gamification to inspire players to excel. Medals will be awarded for a plethora of milestones that include consecutive number of days played, stakes played, big hands played, and winning percentage.

Upon taking a seat at a Switch Poker table, each player’s total accumulated medals will be prominently displayed. Those players who rank the highest will find their names on the medals leaderboard page. Some of the medals are of higher honor than others using the Olympic standard of gold, silver and bronze to distinguish levels of achievement.

Gamification is loosely defined as providing rewards for players who accomplish certain tasks. It’s a technique that brings out a natural human desire to compete, achieve, and obtain a status recognized by others. Other sites have used such marketing strategies with success, allowing players to display their status in the site’s loyalty program if they so choose.

Switch Poker was established in 2010 as the first online poker offering that is primarily for players who choose to play on mobile devices. As playing poker on the go continues to become more popular, the website’s customer base is expected to increase.

Switch Poker was also the first Bitcoin poker site, by accepting Bitcoins as a payment processing option. The Costa Rica-based website began accepting the digital currency in 2011 and remains one of only a handful of sites that do. A Switch player recently became a millionaire when he sat on roughly €150,000 worth of Bitcoins and the value of the Internet currency skyrocketed.