A recent survey of Spanish online poker players indicates that Winamax will be warmly welcomed when it joins the pan-European joint liquidity market. The French operator has responded by publishing a web page promising events and promotions likely to result in a challenge to PokerStars´ current dominance. 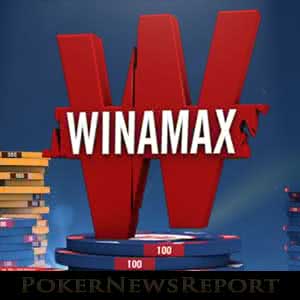 A recent survey of Spanish online poker players indicates that Winamax will be warmly welcomed when it joins the pan-European joint liquidity market. The French operator has responded by publishing a web page promising events and promotions likely to result in a challenge to PokerStars´ current dominance.

From time to time, the Spanish poker news site – poker10.com – publishes a survey and asks readers to chip in with their opinions. Typically these surveys are fairly bland and ask questions such as What would you do in this situation? and How many Spanish players will win bracelets at the WSOP?

However, a couple of months ago following the launch of PokerStars´ [geolink href=”https://www.pokernewsreport.com/pokerstars-announces-e5-million-guaranteed-fresh-series-22111″]French/Spanish joint liquidity market[/geolink], the site published a far more interesting survey which effectively asked the question Okay guys. You have the shared liquidity market you wanted. What would you like to see next?

The responses are still coming in, but it seems that – beyond a review of the Spanish tax system on poker winnings – the thing Spanish players are most looking forward to is the arrival of Winamax in Spain. The full list of questions and percentage of votes each has currently received is:

Some of the players´ wishes have already come true. Portuguese players joined the pan-European market last week, the personal tax rate for Portuguese players has remained at 0%, and PokerStars has just announced a [geolink href=”https://www.pokernewsreport.com/trio-series-to-boost-pokerstars-shared-liquidity-market-22464″]€5 million guaranteed MTT series[/geolink] starting on June 3rd. But what about Winamax?

On the basis that Spanish authorities don´t follow online poker news, and that PokerStars is not going to scrap the Chests rewards program, the only other event likely to happen in the near future is the arrival of Winamax in Spain. The French operator has already got a pan-European license from the French regulator ARJEL and is just waiting for the green light from the Spanish regulator SRIJ.

In the meantime, Winamax has published a web page promising €10,000 each week in free poker tournaments, three tournament series each year with prize pool guarantees of €10 million, “Sunday Surprises” and its own “Expresso” version of PokerStars´ Spin & Go games offering a maximum prize of €1 million (the same maximum prize as currently offered by PokerStars).

Although the Spin & Go games will not be that much of an attraction to Spanish players (who in another survey gave them an 88% disapproval rating), the promise of a rewarding VIP Zone will be of interest. Winamax is promising a points-for-gifts exchange service offering everything from a pack of cards to a luxury car. The current VIP Zone in France also allows players to exchange points for cash bonuses.

No Date Yet for Launch of Winamax in Spain

It is not known yet when Winamax will be launching in Spain or if – like PokerStars – the site will be accepting players from outside French/Spanish borders. It will be interesting to see if the French operator can challenge PokerStars´ dominance of the pan-European joint liquidity market, and we are certain 888 Poker, Party Poker and iPoker skins looking to get a slice of the action will also be interested.