Shaun Deeb has won his second WCOOP (World Championship of Online Poker) bracelet after taking down Event #28 of the series ($1,050 buy-in No-Limit Hold’em freezeout) to add to the WCOOP bracelet he won in 2008. 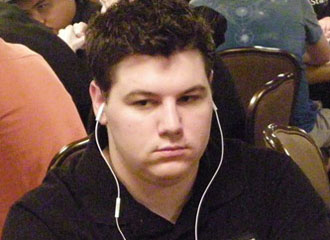 Shaun Deeb has won his second PokerStars WCOOP (World Championship of Online Poker) bracelet after taking down Event #28 of the series ($1,050 buy-in No-Limit Hold’em freezeout) to add to the WCOOP bracelet he won in 2008. The $243,610 win is Deeb’s largest ever cash and takes his online poker tournament earnings to a staggering $4.7 million and putting him firmly back on the map as one of the worlds best online poker players. I included the word online because Deeb has struggled to recreate his online form on the live poker circuit, only earning (by his standards) $379,572 from live tournaments.

It has been quite a remarkable year for Deeb. In November 2009 he announced he was quitting tournament poker and apart from a few occassions he stuck to his word until May 2010 when the PokerStars SCOOP series began and he quickly announced his comeback with a bang by cashing 9 times in the series and winning the SCOOP $162 6-Max PLO event for $62,000 to give him a PokerStars bracelet double (one WCOOP bracelet and one SCOOP bracelet). After the SCOOP series Deeb concentrated mainly on the $200/$400 mixed-game cash-games in Vegas during the 2010 WSOP (where he caused controversy by entering a Ladies tournament) however when the WCOOP series came round Deeb came back to the online poker tournament scene. Firstly he kicked off September with a win in the Full Tilt Poker $750K Guarantee for $132,788 and now his latest and biggest win has again proved he is one of the very best online multi-table tournament players.

Event #28 of the 2010 WCOOP was a 2-day event with 72 players resuming play on Day 2. Isaac Haxton was one of the highest profile players to cash, he finished in 23rd place and plays on PokerStars under the alias “philivey2694“. When the event finally got down to the final-table it included several top players including Deeb such as Greg “DuckU” Hobson (finished 7th) and Shawn “buck21” Buchanan (finished 4th) but it was Tjollerboy who found himself heads-up against Deeb to battle it out for the WCOOP bracelet and $243,610 and Deeb sealed the win with trip Kings.