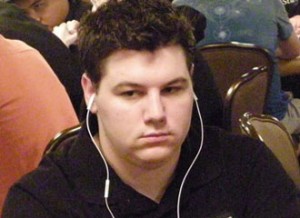 Shaun Deeb has made a shock announcement stating that he has signed for an online poker training site – which will be represented at the 2010 WSOP Main Event Final Table. All roads point to the site being Bluefire Poker which is the site November Niner Jason Senti is an instructor at. Deeb made the announcement on his Facebook page stating the following:

“Just signed a contract for a training site you will see the patch on a nov 9er when it’s all set think people will like who is invovled.”

If Bluefire Poker have managed to sign Shaun Deeb it will really shake things up in the poker training market. Currently Bluefire Poker only offer cash-game training videos however according to our close sources they are currently in the process of redesigning their site and on the hunt for several top poker training instructors and will be expanding their site to include poker tournament coverage and more.

With all of the attention Jason Senti has brought Bluefire Poker by being part of the November Nine it is expected they will have a sharp increase in memberships and if they do expand to cover tournaments there is no better player to bring on board than Shaun Deeb who you may recognise better by his Full Tilt Poker alias ‘tedsfishyfry’.

As you can see from these few results, the prospect of learning from such a prolific poker tournament player will draw great attention to Bluefire Poker. Currently it is regarded as the best cash-game poker training site, and with Deeb coming on board perhaps it will end up the best training site for poker tournaments too…only time will tell.