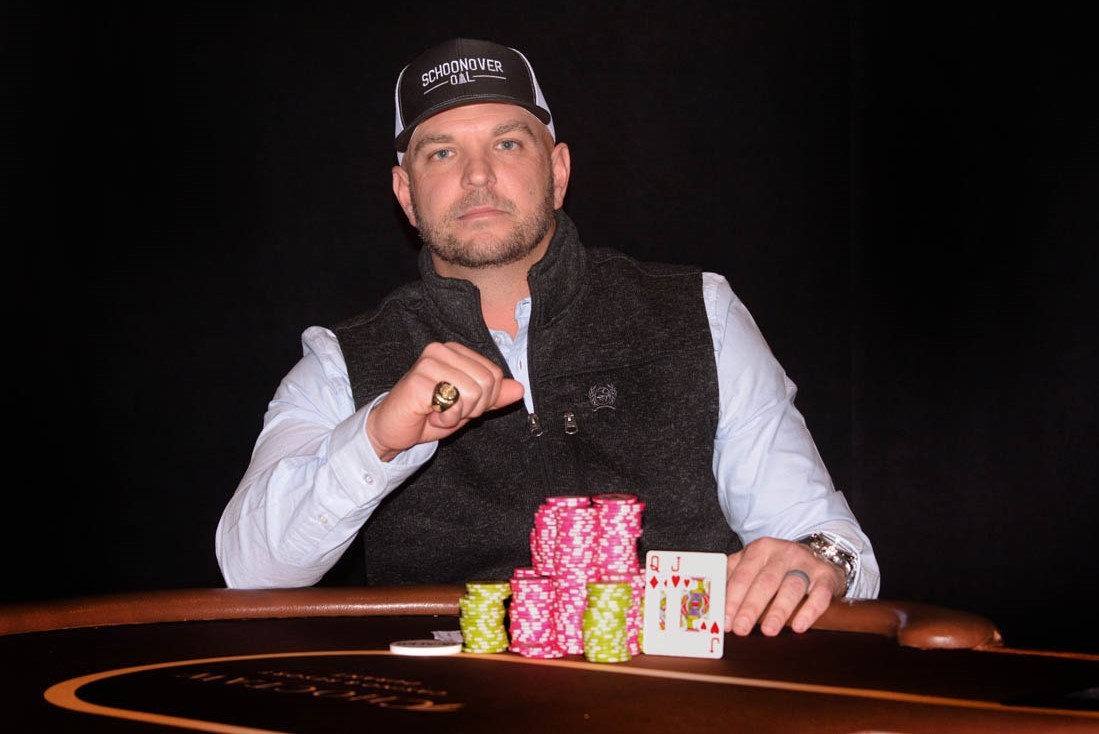 Another stop of the 2019-20 World Series of Poker Circuit has come to an end. This time it stopped at Choctaw Durant and ended with Dustin Schoonover taking down the Main Event.

More than 1,065 entries were recorded for the final competition, which required the buy-in of $1,700. Apart from winning the biggest chunk of the prize pool, Schoonover also received a couple of other significant prizes.

They are a gold ring and a seat for the 2020 Global Casino Championship that will take place in Barcelona this year.

This is the first time Schoonover managed to win a gold ring in one of the WSOPC events. He did not hide his excitement about this achievement, stating that it felt great as it was the ring that was the prize he was after rather than a monetary award.

Schoonover is, in fact, not in poker for money, as he is a CEO of a company called Schoonover Oil. That said, he did not even plan to enter the Main Event of the WSOPC Choctaw Durant.

As a matter of fact, he visited the casino to take part in cash games, which he often does, as poker is his side hustle. As soon as he found out that there was a Main Event of a WSOPC stop going on, he immediately decided to sign up, and won it!

Although he admitted that money is not his primary goal, he still has some plans with it. Part of the prize will go to a church as a donation, and the majority will go for his daughter’s college fees. The rest, he said, would be used for a vacation for him and his wife.

The Final Table Results — Who Else Made It To The Very End?

The remaining eight players continued with great poker action, but only after a full level were we able to see another elimination take place. This time, it was Austin Lewis who left the game with $35,233 in his pocket.

A couple of hands after that, Montana Bills decided to put all the chips in the middle. However, Bills’ sixes weren’t enough for Mark Newton’s ace-king that got matched on the turn. Montana left the game in seventh place with a reward of $44,699.

Sixth place was reserved for a player named Allen Brivic from Houston. Brivic earned a total of $57,239. He was soon followed by Christopher Staats in fifth place and Newton in fourth. The players won $73,976 and $96,485, respectively.

Finally, the last player to hit the rail before heads-up play was Brant Jolly from Arkansas. Jolly ended up with a total of $126,988 in his pocket, leaving John Skrovan and Schoonover to duel.

At the start of heads up, Skrovan actually held more than 70 percent of the chips. This wasn’t an obstacle for Schoonover, who quickly managed to double-up. The two players started a back-and-forth session.

However, Schoonover managed to turn the tide with one hand and took the lead, only to complete the tournament as the winner. Skrovan had to settle for second place and the consolation prize of $168,642.