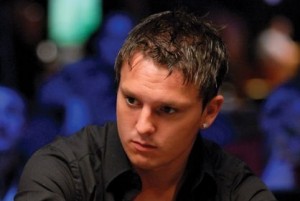 Back in November 2010 reports emerged on poker forum 2+2 that Tom ‘durrrr’ Dwan and Phil Ivey were participating in huge high-stakes games in Macau against wealthy businessmen however there wasn’t a great deal of confirmed information from the games. One player who participated in the games has come forward in an interview and given a little more information on how he fared.

Sam Trickett revealed his high-stakes adventures in Macau in an interview with poker magazine BLUFF Europe. Trickett learned of the crazy high-stakes action from friend Tom Dwan and decided to travel to Macau and try his luck against the rich businessmen, and he also revealed that James Bord (the 2010 WSOP Europe Main Event winner) contributed to 30% of his bankroll for the games.

Trickett played smart and started out in the lower stakes games instead of jumping straight in with the ‘big boys’, beginning at stakes of 300/600 HKD (Hong Kong Dollar), which is equal to $40/$80. He played well in these games and made a profit of 2million HKD and then decided to take a shot in the biggest games.

He joined the biggest games going, sitting at the 5,000/10,000 HKD stakes table against Tom Dwan, Di “Urindanger” Dang, and the very wealthy businessmen. Trickett admittedly rode his luck in this game and managed to make a sick bluff pay off, otherwise he would have been heading home with huge losses not only for him, but for James Bord. Here is what Trickett stated in the interview:

In the hand Trickett is discussing he was holding QJ and with a board of T-3-2-7-7 he had nothing, but he also got the impression his opponent had nothing either and made an incredible all-in move risking his whole stack and luckily for him his read was correct and the Chinese businessman did indeed fold.

2010 was quite a year for Trickett. Not only did he win £1million in these high-stakes cash games in Macau, but he won a total of $1,071,356 in live poker tournaments (half of which was for a second place finish in a $5,000 buy-in NLHE WSOP event, and $200,000 of it was from winning the PartyPoker.com World Open VI), and most recently it was announced that he has been nominated in the Player of the Year category for the upcoming European Poker Awards which will take place in Paris on February 13th – good luck Sam!